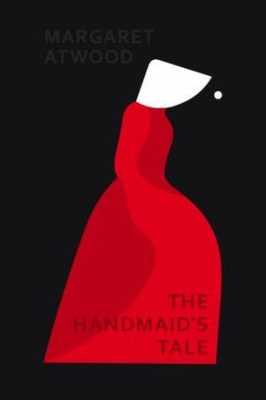 Synopsis:
The Handmaid’s Tale is a novel of such power that the reader will be unable to forget its images and its forecast. Set in the near future, it describes life in what was once the United States and is now called the Republic of Gilead, a monotheocracy that has reacted to social unrest and a sharply declining birthrate by reverting to, and going beyond, the repressive intolerance of the original Puritans. The regime takes the Book of Genesis absolutely at its word, with bizarre consequences for the women and men in its population.

The story is told through the eyes of Offred, one of the unfortunate Handmaids under the new social order. In condensed but eloquent prose, by turns cool-eyed, tender, despairing, passionate, and wry, she reveals to us the dark corners behind the establishment’s calm facade, as certain tendencies now in existence are carried to their logical conclusions. The Handmaid’s Tale is funny, unexpected, horrifying, and altogether convincing. It is at once scathing satire, dire warning, and a tour de force. It is Margaret Atwood at her best.

Review:
The concept of this book is interesting and very scary, especially in today’s day and age when it doesn’t seem as far fetched as it seemed back when it was written. This is supposed to be a dystopian novel but at parts it felt like the reality of our world today. It has been on my TBR list for years so when the show came out earlier this year I tried to wait to watch it until I read the book. I always prefer to read books first before watching any show/movie because USUALLY the books are always much better. Well I caved in, after hearing everyone rave about the show, and watched the whole season in about a day and a half. I LOVED the show so I then decided to read the book for my reading challenge. I figured the book had to be out of this world since the show was so good. This may be the first and last time I ever say this but the show blew the book away. The book was just ok. Maybe had I read the book first and then watched the show I would have liked the book more, who knows. The book felt rushed compared to the show and that is a weird thing to say about a book.

I could not stand how the book ended, which makes me think they will obviously take more liberties with the writing of the show because the first season ended like the book did. Talk about a cliff hanger. Those work for shows/movies, not so much for books, at least not for me. I have mixed emotions about the epilogue. I liked the concept of people in the future listening to Offred’s account of what happen in Gilead and being baffled about how the world was back then. What I didn’t like was that is still didn’t give me any closure for the book itself. Great for the show, not great for the book.

Favorite Quotes:
“Don’t let the bastards grind you down.”

“Ignoring isn’t the same as ignorance, you have to work at it.”

“Better never means better for everyone… It always means worse, for some.”

“When we think of the past it’s the beautiful things we pick out. We want to believe it was all like that.”

“You can only be jealous of someone who has something you think you ought to have yourself.”

“A rat in a maze is free to go anywhere, as long as it stays inside the maze.”

“The moment of betrayal is the worst, the moment when you know beyond any doubt that you’ve been betrayed: that some other human being has wished you that much evil”

“We thought we had such problems. How were we to know we were happy?”