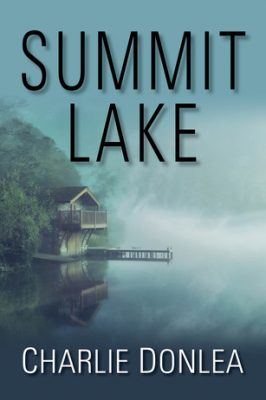 Review: The Girl Who Was Taken by Charlie Donlea 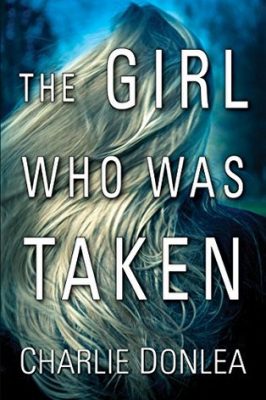 Synopsis:
Nicole Cutty and Megan McDonald are both high school seniors in the small town of Emerson Bay, North Carolina. When they disappear from a beach party one warm summer night, police launch a massive search. No clues are found, and hope is almost lost until Megan miraculously surfaces after escaping from a bunker deep in the woods.

A year later, the bestselling account of her ordeal has turned Megan from local hero to national celebrity. It s a triumphant, inspiring story, except for one inconvenient detail: Nicole is still missing. Nicole’s older sister Livia, a fellow in forensic pathology, expects that one day soon Nicole’s body will be found, and it will be up to someone like Livia to analyze the evidence and finally determine her sister’s fate. Instead, the first clue to Nicole’s disappearance comes from another body that shows up in Livia’s morgue that of a young man connected to Nicole’s past. Livia reaches out to Megan for help, hoping to learn more about the night the two were taken. Other girls have gone missing too, and Livia is increasingly certain the cases are connected.

But Megan knows more than she revealed in her blockbuster book. Flashes of memory are coming together, pointing to something darker and more monstrous than her chilling memoir describes. And the deeper she and Livia dig, the more they realize that sometimes true terror lies in finding exactly what you’ve been looking for.

Review:
Now this is a GREAT thriller! After 3 so so thrillers I am so thankful for this book. I read this book in a day, starting it Sunday afternoon and staying up past my bedtime last night to finish it. It had all the elements I need: an compelling story, great writing, interesting characters, slow build up, seamless transition between past and present & between characters, fooling you into thinking you solved it (multiple times), and an surprising ending that I did not see coming! I love shows like CSI & Criminal Minds so I loved that Livia was a medical examiner. It made it that much more interesting for me.

Without giving too much away the last line in the book was perfect. Usually open endings drive me insane but it completely worked in this book. I would love the author to write more books with Livia as one of the main characters. Here’s hoping!

Favorites Quotes:
“If she were a broken girl whose life was a wreck and would never be the same, their vigor for her story would simply be unacceptable. They couldn’t allow themselves to be so attracted to her narrative if it ended any way but beautifully.”

“You go through life doing all the things everyone else wants you to do, and you’ll wake up one day realizing your life’s passed you by and you’ve got a list of stuff you’ve never gotten to do.”

“Yeah, the club was dark but so’s the whole country. When someone important goes missing, or the case is interesting enough, everybody has the same fetish. Whole world, really. No one admits it, but it’s true.”