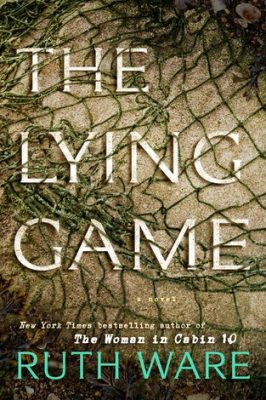 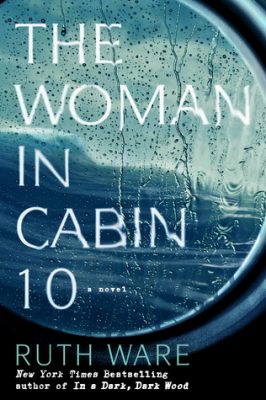 Synopsis:
In this tightly wound story, Lo Blacklock, a journalist who writes for a travel magazine, has just been given the assignment of a lifetime: a week on a luxury cruise with only a handful of cabins. At first, Lo’s stay is nothing but pleasant: the cabins are plush, the dinner parties are sparkling, and the guests are elegant. But as the week wears on, frigid winds whip the deck, gray skies fall, and Lo witnesses what she can only describe as a nightmare: a woman being thrown overboard. The problem? All passengers remain accounted for—and so, the ship sails on as if nothing has happened, despite Lo’s desperate attempts to convey that something (or someone) has gone terribly, terribly wrong…

Review:
I chose this as my next book because I needed a quick, easy, thriller-type book to read. The last book I read took me a while and wasn’t too compelling so enter The Woman in Cabin 10. While this book was just ok for me it did the job I needed it to. I read it in 3 days. It did keep my interest but I have read much better thriller/mystery books. Most of the Goodreads reviews say the same thing: this book is trying to be the next Gone Girl/The Girl on the Train and it falls short. I 100% agree with that sentiment. The beginning was slow, the middle pulled me in, the end was so so. I felt that the twist came too soon in the book and was fairly predictable. I also found the protagonist, Lo, to be a bit whiny and annoying.

Overall this is a good book to read if you don’t feel like thinking too hard. However, thrillers are my favorite genre and for a thriller I wasn’t that impressed. I am reading Ruth Ware’s next book right now and so far I am enjoying it more than The Woman in Cabin 10.

Favorite Quotes:
“My friend Erin says we all have demons inside us, voices that whisper we’re no good, that if we don’t make this promotion or ace that exam we’ll reveal to the world exactly what kind of worthless sacks of skin and sinew we really are. Maybe that’s true. Maybe mine just have louder voices.”

“There was genuine hurt in his voice, but I refused to let myself soften. It had been Ben’s favorite tactic in arguments, when we were together, to divert the discussion away from whatever was annoying me to the fact that I’d hurt his feelings and was acting irrationally. Time and again I’d ended up apologizing for the fact that I’d upset him—my own feelings completely ignored, and always, in the process, we’d somehow wound up losing sight of the issue that had provoked the disagreement in the first place. I wasn’t falling for it now.”

“I love ports. I love the smell of tar and sea air, and the scream of the gulls. Maybe it’s years of taking the ferry to France for summer holidays, but a harbor gives me a feeling of freedom in a way that an airport never does. Airports say work and security checks and delays. Ports say… I don’t know. Something completely different. Escape, maybe.”