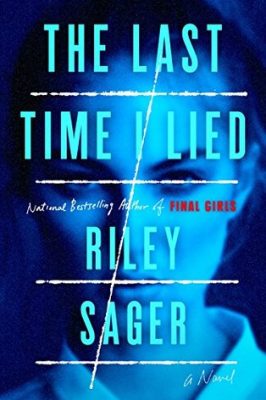 Synopsis:
Two Truths and a Lie. The girls played it all the time in their tiny cabin at Camp Nightingale. Vivian, Natalie, Allison, and first-time camper Emma Davis, the youngest of the group. The games ended when Emma sleepily watched the others sneak out of the cabin in the dead of night. The last she–or anyone–saw of them was Vivian closing the cabin door behind her, hushing Emma with a finger pressed to her lips.

Now a rising star in the New York art scene, Emma turns her past into paintings–massive canvases filled with dark leaves and gnarled branches that cover ghostly shapes in white dresses. The paintings catch the attention of Francesca Harris-White, the socialite and wealthy owner of Camp Nightingale. When Francesca implores her to return to the newly reopened camp as a painting instructor, Emma sees an opportunity to try to find out what really happened to her friends.

Yet it’s immediately clear that all is not right at Camp Nightingale. Already haunted by memories from fifteen years ago, Emma discovers a security camera pointed directly at her cabin, mounting mistrust from Francesca and, most disturbing of all, cryptic clues Vivian left behind about the camp’s twisted origins. As she digs deeper, Emma finds herself sorting through lies from the past while facing threats from both man and nature in the present. And the closer she gets to the truth about Camp Nightingale, the more she realizes it may come at a deadly price.

Review:
When I really LOVE a thriller it sucks me in from the start and I can’t put it down, usually finishing it within a couple days. This book did not do that for me. It took me a while to get into it but about halfway through I started to get really invested in learning what happened to Vivian, Natalie & Allison. I can’t talk too much more about it without spoiling anything so I will continue below with a spoiler alert.

From the start I had a feeling Chet was the person involved in the original disappearance and the subsequent harassment of Emma and disappearances of the new girls. Turns out I was only part right. When it was revealed that the girls accidentally drowned the first time around I was annoyed. Like really? I invested all this time reading for it to be an accident. Lame. You can imagine when I read that final chapter how shocked I was. I did not see that coming, not even a little bit. I have to say thank goodness that was the choice the author made because had it really ended with it being an accident the rating on this book would have been a lot less. The whole Chet getting revenge on Emma would not have been enough for me. The book definitely ended on a high note, like a thriller should.

Favorite Quotes:
“Sometimes the only way out is through.”

“Everything is a game, Em. Whether you know it or not. Which means that sometimes a lie is more than just a lie. Sometimes it’s the only way to win.”

“Omnes vulnerant; ultima necat. I remember the phrase from high school Latin class, although not because I excelled at the language. In fact, I was terrible at it. I remember only because it sent a chill through me when I first learned what it meant. All hours wound; the last one kills.”

“My future is quite literally a blank canvas, waiting for me to fill it.” 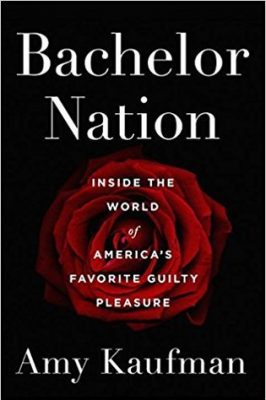 Synopsis:
For fifteen years and thirty-five seasons, the Bachelor franchise has been a mainstay in American TV viewers’ lives. Since it premiered in 2002, the show’s popularity and relevance has only grown–more than eight million viewers tuned in to see the conclusion of the most recent season of The Bachelor.

The iconic reality television show’s reach and influence into the cultural zeitgeist is undeniable. Bestselling writers and famous actors live tweet about it. Die-hard fans–dubbed “Bachelor Nation”–come together every week during each season to participate in fantasy leagues and viewing parties.

Bachelor Nation is the first behind-the-scenes, unauthorized look into the reality television phenomenon. Los Angeles Times journalist Amy Kaufman is a proud member of Bachelor Nation and has a long history with the franchise–ABC even banned her from attending show events after her coverage of the program got a little too real for its liking. She has interviewed dozens of producers, contestants, and celebrity fans to give readers never-before-told details of the show’s inner workings: what it’s like to be trapped in the mansion “bubble”; dark, juicy tales of producer manipulation; and revelations about the alcohol-fueled debauchery that occurs long before the fantasy suite.

Kaufman also explores what our fascination means, culturally: what the show says about the way we view so-called ideal suitors, our subconscious yearning for fairy-tale romance, and how this enduring television show has shaped society’s feelings about love, marriage, and feminism by appealing to a marriage plot that’s as old as Jane Austen.

Review:
As much as I hate to admit this I am part of the Bachelor Nation. I’m not always proud of it but these shows are beyond addicting. I am one of those fans who watch it partly because I love it and partly because I love making fun of it. I have been recapping the past few seasons here on the blog and while they are definitely the most time consuming posts once I am done I am pretty proud of them. Because I love to make fun of the show (and LOVE the show Unreal) I was so excited to read this book. Unfortunately I was a little disappointed. Don’t get me wrong it was a great guilty pleasure book and there were some secrets revealed but it just didn’t go deep enough for me. I wanted some real dirt and I didn’t get it, at least not enough of it. If you love the Bachelor shows you will enjoy this book but if you don’t love the shows don’t bother reading it. You will probably be bored. Rating it down the middle because it was entertaining enough for me.