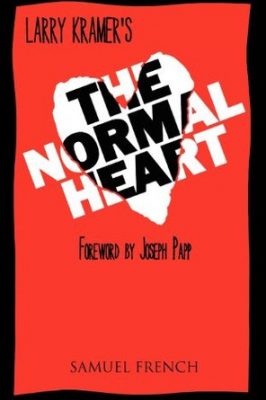 Synopsis:
The Normal Heart is the explosive drama about our most terrifying and troubling medical crisis today: the AIDS epidemic. It tells the story of very private lives caught up in the heart rendering ordeal of suffering and doom – an ordeal that was largely ignored for reasons of politics and majority morality.

Filled with power, anger, and intelligence, Larry Kramer’s riveting play dramatizes what actually happened from the time of the disease’s discovery to the present, and points a moral j’accuse in many directions. His passionate indictment of government, the media, and the public for refusing to deal with a national plague is electrifying theater – a play that finally breaks through the conspiracy of silence with a shout of stunning impact. As Douglas Watt summed it up in his review for the New York Daily News, The Normal Heart is “an angry, unremitting and gripping piece of political theater. You are bound to come away moved.”

Review:
I have wanted to see the movie version of this play for years, every since I saw it win during the 2014/2015 awards season. When I saw I had to read a play for this year’s reading challenge I knew this was the one I wanted to read. Wow is this a powerful play!! I can only imagine what it would have been like to see it in person. I am sure I would have been sobbing like a baby. It is such an important story for people to read. The way the AIDS epidemic and gay men were treated at that time is horrific. I read this in about 45 minutes so everyone needs to take that time out of their busy lives and read this. If it doesn’t make you feel all kinds of feelings you may not be human.

I know we have a long way to go, especially with this current administration, but I am so happy times are getting better for groups who used to be ostracized for who they loved or the color of their skin or the religion they practice.

Favorite Quotes:
“To gay people everywhere, whom I love so. The Normal Heart is our history. It could not have been written had not so many of us so needlessly died. Learn from it and carry on the fight. Let them know that we are a very special people, an exceptional people. And that our day will come.”

“We’re all going to go crazy, living this epidemic every minute, while the rest of the world goes on out there, all around us, as if nothing is happening, going on with their own lives and not knowing what it’s like, what we’re going through. We’re living through war, but where they’re living it’s peacetime, and we’re all in the same country.”