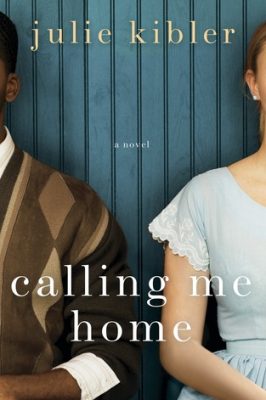 Synopsis:
Eighty-nine-year-old Isabelle McAllister has a favor to ask her hairdresser Dorrie Curtis. It’s a big one. Isabelle wants Dorrie, a black single mom in her thirties, to drop everything to drive her from her home in Arlington, Texas, to a funeral in Cincinnati. With no clear explanation why. Tomorrow.

Dorrie, fleeing problems of her own and curious whether she can unlock the secrets of Isabelle’s guarded past, scarcely hesitates before agreeing, not knowing it will be a journey that changes both their lives.

Over the years, Dorrie and Isabelle have developed more than just a business relationship. They are friends. But Dorrie, fretting over the new man in her life and her teenage son’s irresponsible choices, still wonders why Isabelle chose her.

Isabelle confesses that, as a willful teen in 1930s Kentucky, she fell deeply in love with Robert Prewitt, a would-be doctor and the black son of her family’s housekeeper – in a town where blacks weren’t allowed after dark. The tale of their forbidden relationship and its tragic consequences makes it clear Dorrie and Isabelle are headed for a gathering of the utmost importance and that the history of Isabelle’s first and greatest love just might help Dorrie find her own way.

Review:
This isn’t my normal genre so I was a little weary but it was for book club so I forged ahead. It started a little slow but about a quarter of the way through I got hooked. I was so invested in the story of Robert and Isa and even though I suspected it wouldn’t end happily I was still hoping for a happy ending. In a time where race relations are running high this book really made me feel for the injustices that have gone on for years. It is crazy to think about how people were treated back in the day. How in our world we couldn’t treat all people with equal love and respect. The fact that people couldn’t love who they wanted without fearing for their lives is so unbelievably sad to me. As the years have gone on of course it has gotten better but we have a long way to go. It seems like such a simple concept but unfortunately it isn’t. I highly recommend this book!

Favorite Quotes:
“The heart is a demanding tenant; it frequently makes a strong argument against common sense.”

“When you fall in love, every kind of reason flies out the newly opened window of your brain.”

“The only person I needed to trust was myself. The other road had too many curves, and I wanted to see straight ahead.”

“Sometimes the good ones surprise you. Sometimes they stick around longer than you’d think — after they should have given up.”