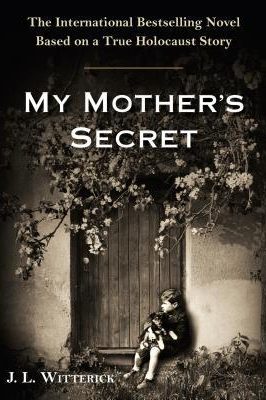 Synopsis:
Based on a true story, MY MOTHER’S SECRET is a profound, captivating, and ultimately uplifting tale intertwining the lives of two Jewish families in hiding from the Nazis, a fleeing German soldier, and the clever and “righteous” mother and daughter who teamed up to save them.

Franciszka and her daughter, Helena, are unlikely heroines. They are simple people who mind their own business and don’t stand out from the crowd. Until 1939, when crisis strikes. The Nazis have invaded Poland and they are starting to persecute the Jews. Providing shelter to a Jew has become a death sentence. And yet, Franciszka and Helena decide to do just that. In their tiny, two-bedroom home in Sokal, Poland, they cleverly hide a Jewish family of two brothers and their wives in their pigsty out back, a Jewish doctor with his wife and son in a makeshift cellar under the kitchen floorboards, and a defecting German soldier in the attic–each group completely unbeknownst to the others. For everyone to survive, Franciszka will have to outsmart her neighbors and the German commanders standing guard right outside her yard.

This book was inspired by the true story of Franciszka Halamajowa, who, with her daughter, saved the lives of fifteen Jews in Poland during the Second World War. She also hid a young German soldier in her attic at the same time. Before the war, there were six thousand Jews in Sokal, Poland. Only thirty survived the war and half of those did so because of Franciszka.

Review:
This book was given to me to read by my brother’s girlfriend Brittany and not only was it about a subject that I enjoy (even though it is always so sad to read about) it also fit one of my challenge themes. Win win. This book was so, so good…easy to read, flowed well, different view points that were essential to the story, and endearing characters. Even though that time in history was so awful and unimaginable it is nice to read stories about the people who helped, even at risk to themselves. This is definitely a book you should read and if you can set aside an afternoon it can be done in a couple hours.

Favorite Quotes:
“If you choose to do the right thing, it’s a conscious decision at first. Then it becomes second nature. You don’t have to think about what is right because doing the right thing becomes who you are, like a reflex. Your actions with time become your character”

“How do you move when you feel like you can’t go on? You think of someone who needs you more.”

“Love is the only thing that you get more of when you give it away.”