Review: The Roses of May by Dot Hutchison 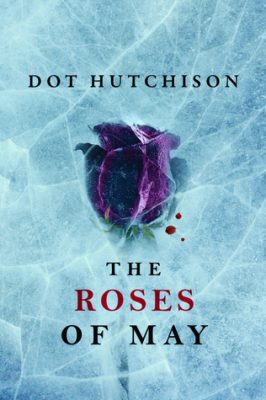 The Roses of May by Dot Hutchison
Series: The Collector
Published by Thomas & Mercer on May 23rd 2017
Genre: Mystery + Thriller + Suspense
Format: Paperback
Pages: 302
Challenge Theme: A book you own but haven't read yet

Synopsis:
Four months after the explosion at the Garden, a place where young women known as the Butterflies were kept captive, FBI agents Brandon Eddison, Victor Hanoverian, and Mercedes Ramirez are still entrenched in the aftermath, helping survivors in the process of adjusting to life on the outside. With winter coming to an end, the Butterflies have longer, warmer days of healing ahead. But for the agents, the impending thaw means one gruesome thing: a chilling guarantee that somewhere in the country, another young woman will turn up dead in a church with her throat slit and her body surrounded by flowers.

Priya Sravasti’s sister fell victim to the killer years ago. Now she and her mother move every few months, hoping for a new beginning. But when she ends up in the madman’s crosshairs, the hunt takes on new urgency. Only with Priya’s help can the killer be found—but will her desperate hope for closure compel her to put her very life on the line?

Review:
I loved the first book in this series, The Butterfly Garden. It was equal parts disturbing and beautiful. I was so excited to read the second book in the series, and while I did enjoy it, I did not love it like I did TBG. This book is considered the second in this series but other than mentioning the butterflies a bit throughout, this book felt like a stand alone book. It was a completely different story. I think had it just been another book, and not marketed as part of the series, I would have enjoyed it more. Trying to tie the books together seemed forced and the parts of the story with the butterflies wasn’t necessary to the plot of the story. I would have wanted the sequel to be solely about the butterflies and what their life was life after the garden. It felt like the author was trying to write two different books in one.

The things I did enjoy were the relationship between Priya and Eddison (although it seems a little far fetched that an FBI agent and a victim would have that close of a relationship), the back and forth point of view especially the POV of the killer, the writing (much improved from TBG), and the identity of the killer as it wasn’t something I saw coming.

Overall it was an enjoyable read and I definitely plan to read the third book in the series. I am curious to see if it will a completely new story again or if we will get the sequel from TBG that I wanted with this book.

Favorite Quotes:
“Sadness and grief aren’t the same thing. It’s why they have different words. Maybe it’s a subtle distinction, but we don’t keep a word in a language if it doesn’t still have a purpose of its own. Synonyms are never exact things.”

“Seeing your own demons reflected back at you, it creates a safe place to just be wounded. It gives permission, in a way, to not be okay. You go to your brothers (and sisters) and not only will they watch over you when you are clearly incapable of doing so yourself, they will never tell you to be anything other than what you are, even if on that particular day what you are is a collapsing wreck of a human being.”

“There is nothing resting about that bitch face.”

“Some people stay broken, others put themselves back together with all the sharp bits showing.” 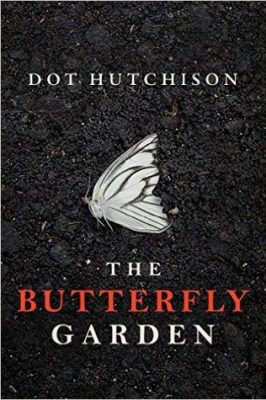 Synopsis:
Near an isolated mansion lies a beautiful garden.

In this garden grow luscious flowers, shady trees…and a collection of precious “butterflies”—young women who have been kidnapped and intricately tattooed to resemble their namesakes. Overseeing it all is the Gardener, a brutal, twisted man obsessed with capturing and preserving his lovely specimens.

When the garden is discovered, a survivor is brought in for questioning. FBI agents Victor Hanoverian and Brandon Eddison are tasked with piecing together one of the most stomach-churning cases of their careers. But the girl, known only as Maya, proves to be a puzzle herself.

As her story twists and turns, slowly shedding light on life in the Butterfly Garden, Maya reveals old grudges, new saviors, and horrific tales of a man who’d go to any length to hold beauty captive. But the more she shares, the more the agents have to wonder what she’s still hiding…

Review:
This was one messed up book but I loved it! I have a weird fascination with serial killers, not sure what that says about me haha. I love television shows that circle around that and novels as well. The details of the way this killer keeps his butterflies is so interesting as much as it is horrible. The way the author describes the Garden and butterflies is beautifully written even with the horrific setting. Maya is a great character and makes the story that much more compelling. From the outside this book is about a horrible man doing unspeakable things to young women but at the heart it is about the resilience and friendships of all these girls. I can’t wait until May when the second book in this series comes out!

I really thought Maya & Desmond had a connection that I figured would be explored further once she was rescued. As horrible as it was that he waited so long to call the police I really think deep down he was not a bad guy and nothing like his father and brother. Like the book All the Ugly and Beautiful Things I feel weird even thinking that about Desmond but again that is what a good book does, makes you feel things you never thought you would.

My only critique (and why it didn’t get five stars) is that the synopsis makes it seems like Maya (Inara/Samira) has this terrible secret and when it was all said and done the fact that she didn’t tell them Sophia was the butterfly who escaped, to me, really wasn’t that big of a twist/revelation.

Favorite Quotes:
“Some people stay broken. Some pick up the pieces and put them back together with all the sharp edges showing.”

“Let’s call me a shadow child, overlooked rather than broken. I’m the teddy bear gathering dust bunnies under the bed, not the one-legged soldier.”

“Beauty loses its meaning when you’re surrounded by too much of it.”