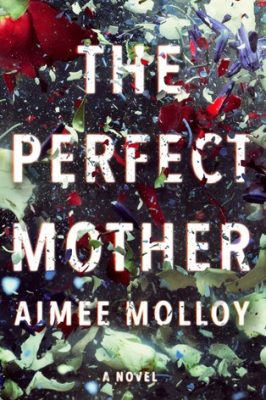 Synopsis:
They call themselves the May Mothers—a collection of new moms who gave birth in the same month. Twice a week, with strollers in tow, they get together in Prospect Park, seeking refuge from the isolation of new motherhood; sharing the fears, joys, and anxieties of their new child-centered lives.

When the group’s members agree to meet for drinks at a hip local bar, they have in mind a casual evening of fun, a brief break from their daily routine. But on this sultry Fourth of July night during the hottest summer in Brooklyn’s history, something goes terrifyingly wrong: one of the babies is abducted from his crib. Winnie, a single mom, was reluctant to leave six-week-old Midas with a babysitter, but the May Mothers insisted that everything would be fine. Now Midas is missing, the police are asking disturbing questions, and Winnie’s very private life has become fodder for a ravenous media.

Though none of the other members in the group are close to the reserved Winnie, three of them will go to increasingly risky lengths to help her find her son. And as the police bungle the investigation and the media begin to scrutinize the mothers in the days that follow, damaging secrets are exposed, marriages are tested, and friendships are formed and fractured.

Review:
When there are no quotes that stick out to me in a book that usually isn’t the best sign. To me this book was just so so. The positives are that it kept my interest well enough and I did enjoy SOME of the characters. The story itself had potential but I absolutely HATED the twist at the end, see spoiler section for why. I found the going back and forth to be a tad confusing at the beginning. Once I got a handle on all the different character perspectives it got to be better. I have high expectations for the mystery/thriller genre and to me this just didn’t deliver.

When I found out that the culprit was Scarlet all I said was “who?” I didn’t even remember that character so I was just so disappointed that some character out of nowhere was the culprit. Maybe I just wasn’t paying enough attention. Then I had to go back to read the flashbacks to understand that they were Scarlett when they were made to seem to be Winne’s POV. I found that part interesting, after understanding I was reading it from the wrong perspective, but not enough to save the ending for me.