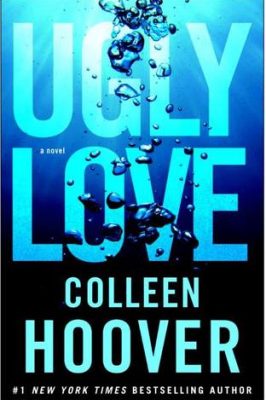 Synopsis:
When Tate Collins meets airline pilot Miles Archer, she knows it isn’t love at first sight. They wouldn’t even go so far as to consider themselves friends. The only thing Tate and Miles have in common is an undeniable mutual attraction. Once their desires are out in the open, they realize they have the perfect set-up. He doesn’t want love, she doesn’t have time for love, so that just leaves the sex. Their arrangement could be surprisingly seamless, as long as Tate can stick to the only two rules Miles has for her.

Never ask about the past. Don’t expect a future.

They think they can handle it, but realize almost immediately they can’t handle it at all.

Hearts get infiltrated. Promises get broken. Rules get shattered. Love gets ugly.

Review:
Another good one from Hoover. I have yet read one of her books that I didn’t like. However, if I HAD to choose, this one would be my least favorite so far. After a while I wanted to shake Tate and be like girl give it up, you can’t make a man love you. He has told you plenty of times he can’t give you any more that a “friends with benefits” relationship. Actually not even really friends because he won’t talk about any part of his life (which if you read the whole thing you finally understand why.) At 36 I can say that but the 18-23 year old me was Tate so maybe I don’t have room to talk, haha. I had somewhat of that situation, although we were really best friends and eventually I earned a good old fashioned try at a relationship, but at that point we had been in a certain relationship for so long that we couldn’t really find our way out of. His reasons were NOTHING like Miles though. I give Miles a pass after finding out why his walls have been built. I don’t want to give anything away so I can’t say much more than that. Like always I really enjoyed Hoover’s writing and I was on board with the ending 100%.

Favorite Quotes:
“Love isn’t always pretty. Sometimes you spend all your time hoping it’ll eventually be something different. Something better. Then, before you know it, you’re back to square one, and you lost your heart somewhere along the way.”

“God gives us the ugliness so we don’t take the beautiful things in life for granted.”

“When life gives you lemons, make sure you know whose eyes you need to squeeze them in.”

“Sometimes not speaking says more than all the words in the world.”

“It’s the beautiful moments like this that make up for the ugly love.”

“But the second she opened her eyes and looked at me, I knew. She was either going to be the death of me . . . or she was going to be the one who finally brought me back to life.”

“Whoever coined the phrase, I love you to death obviously never experienced the kind of love Tate and I share. If that were the case, the phrase would be I love you to life. Because that’s exactly what Tate did. She loved me back to life.”

Review: The Sacrifice of Sunshine Girl by Paige McKenzie