Home Television ‘The Bachelor’ Episode 7 Recap: Under the Tuscan Sun

‘The Bachelor’ Episode 7 Recap: Under the Tuscan Sun 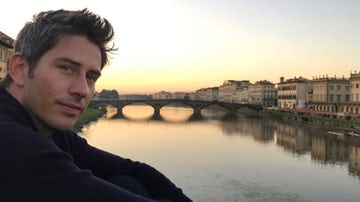 I said this last week and not much has changed, this will be short and sweet because I couldn’t care less about this season at this point. Thank goodness for The Bachelor Winter Games, at least that has some promise. Do you think they planned to have it premiere during Arie’s season because they knew Arie would be such a dud? I do. This week we are traveling to Tuscany, Italy so at least we have another week of beautiful scenery. This week we will have 3 one-on-one dates and one group date. There are 4 roses to give out between all the dates. Let’s see who is getting hometown dates…

One-on-One with Becca: Picnic in the park 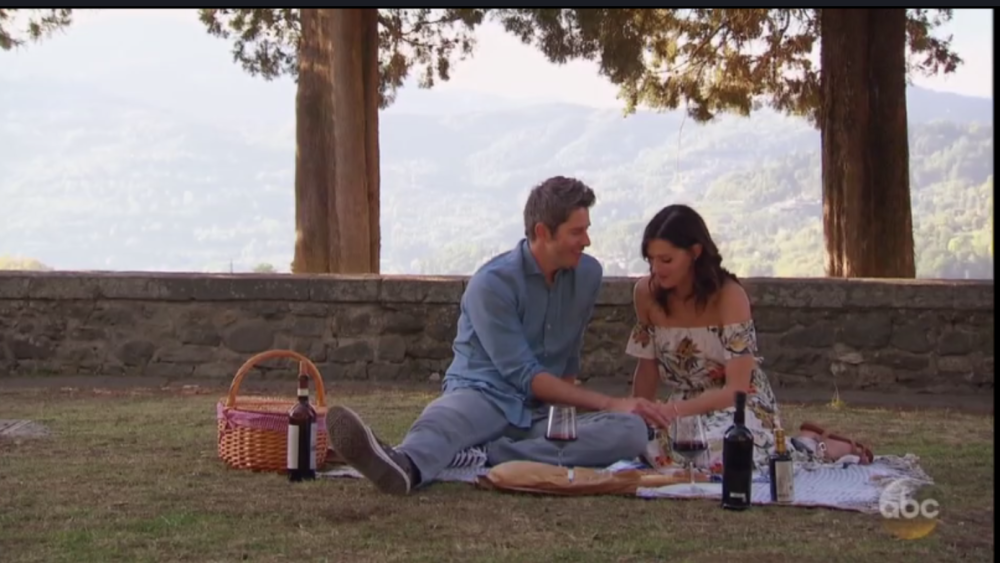 Arie picks Becca for this date because it has been quite some time since their one-on-one (in reality probably only a couple weeks) and they are kind of stuck and he needs to see if the passion is still there. It is another date of driving around to see the town, a picnic, and yep that is about it. I have to say how magical it must be to have a picnic overlooking Italy! Becca reassures Arie that her feelings are progressing and it seems to be good enough for him. He just has no depth to him, what do these women see in him??

Meanwhile back at the house Jacqueline is starting to have some serious doubts about continuing on with Arie. She just doesn’t know if she is at the point where she wants to bring Arie home to meet her family if she isn’t really sure she wants to stay. They are on two very different paths, she knows that, and instead of ignoring it, like most women do on this show just so they can find “love,” she recognizes it. Isn’t that just a refreshing change of pace?!

Back to the date…Becca tells Arie who he would meet if he went to her hometown, she says she is excited to introduce him to her family, he says he is excited too because he is falling for her, she gets the rose.

Once Becca is back from her date Jacqueline decides that she needs to go talk to Arie about her reservations. She tells him that she is worried she would move to Scottsdale, get married, and then think wtf did I just do. She tells him there are other women who are ready to make that move and she just doesn’t think she is there. He tells her he doesn’t want to go but she ends up saying she needs to leave anyway. In the hallway she has some doubts but not enough to keep her there. Don’t worry girl you dodged a bullet. You go finish your PhD!

One-on-One with Lauren: We have a front-runner 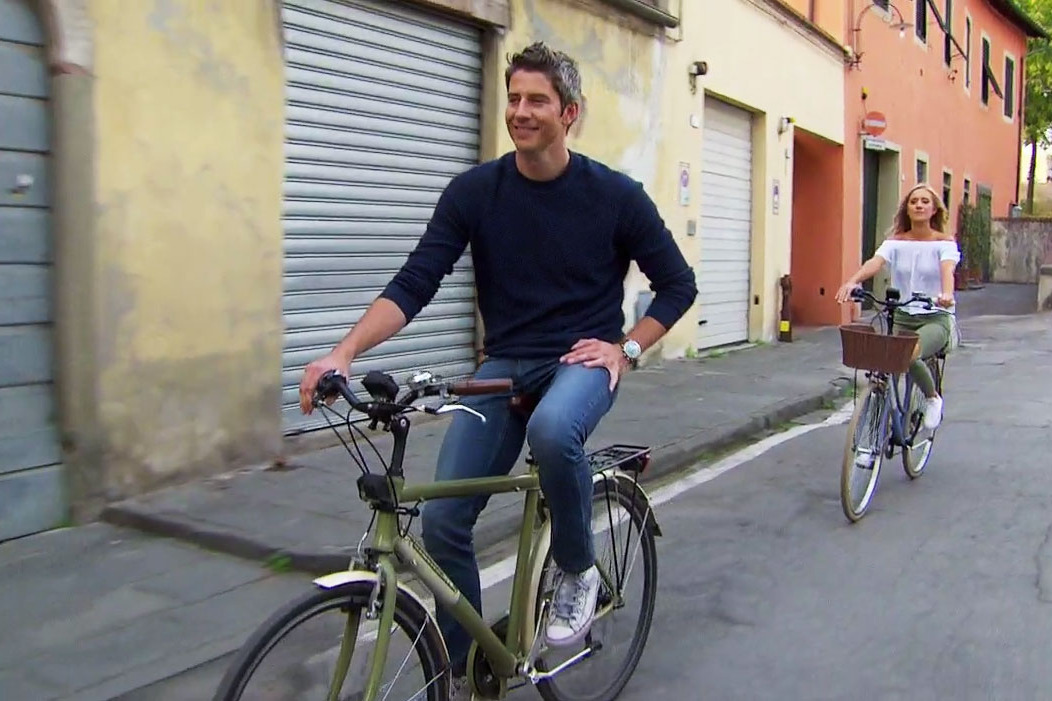 For the second week in a row Lauren gets a one-on-one date. He seems to really, really like her and I just don’t get it. She seems a little more relaxed on today’s date but she still seems like such a wet blanket. Actually that may be why he likes her because he is the same way. They ride some bikes through town, eat gelato & pizza, and don’t say much to each other. Pretty much the same as last week. Finally during dinner Lauren opens up a LITTLE bit and says she is worried about taking Arie home because it puts her in a position to get hurt again but it is clear to her that she is falling in love with him. After hearing this he gets up from the table and walks away which worries Lauren and I find just plain weird. He then comes back, tells Lauren he is falling in love with her also, and gives her the rose. Then something crazy happens!! Lauren actually smiles! GASP! 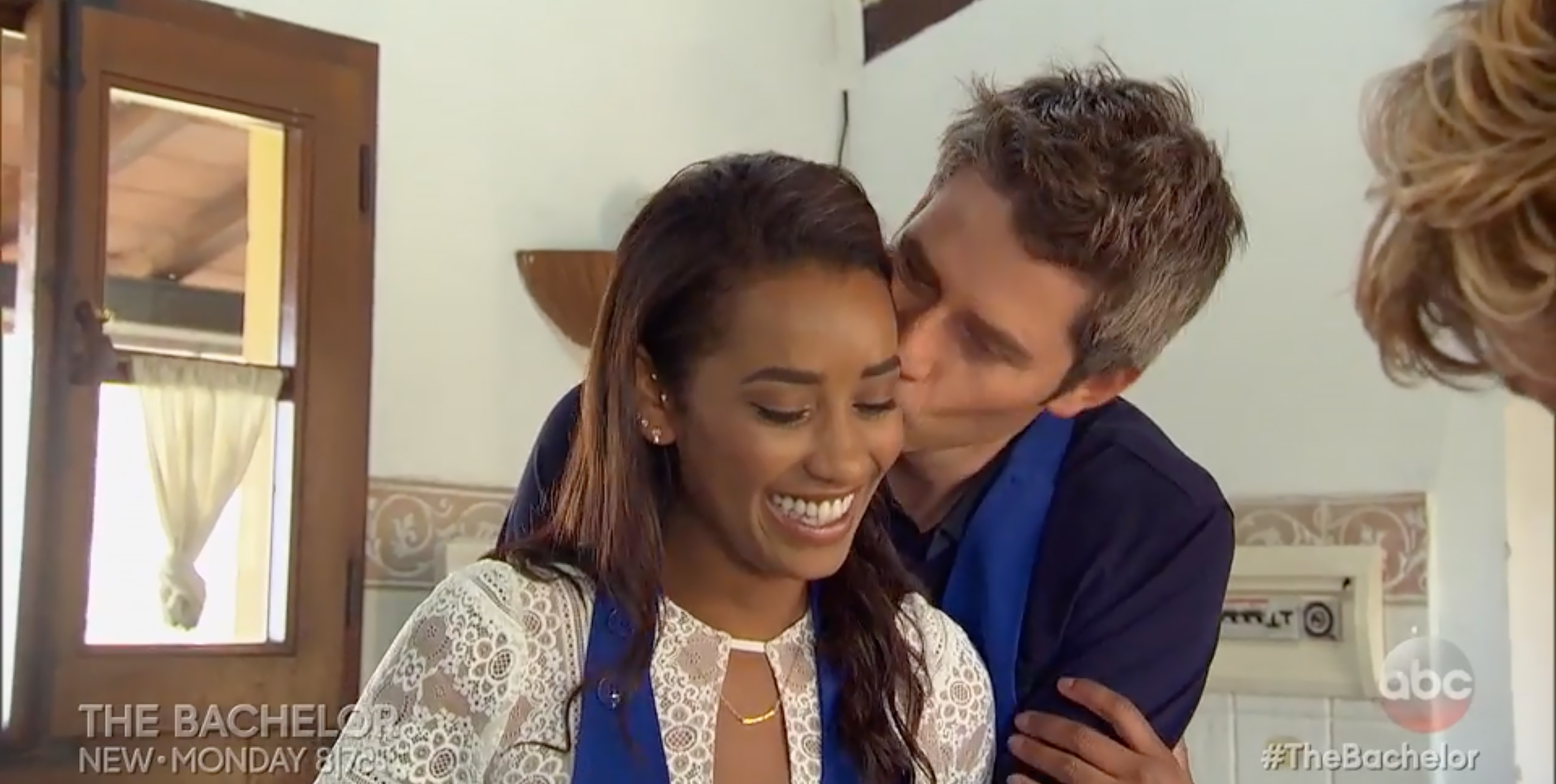 During this date Arie & Seinne go truffle hunting with an Italian man named Julio who then invites them back to his home for lunch where Julio’s family proceeds to ask Arie & Seinne a bunch of questions about their relationship. From there they go to yet another meal where Seinne tells Arie she is open to having a conversation about moving to Scottsdale which is a nice way of saying I am definitely not ready to move for you. Arie admits they had a amazing day but something feels off. Seinne does not get the rose and she doesn’t seem too upset about it. Another smart girl who dodged a bullet. 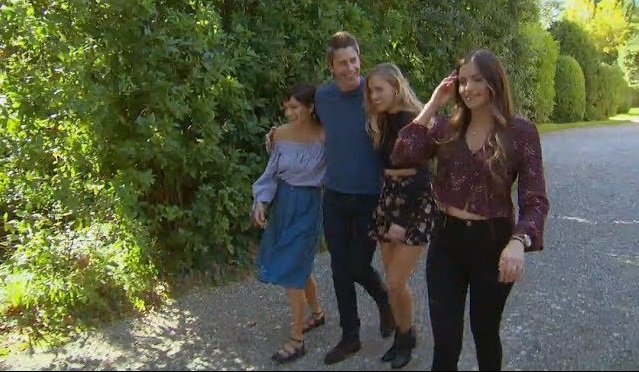 Here is a quick recap of this mini date: Kendall tells Arie she would move to Scottsdale if she was the last woman standing; Tia tells Arie she doesn’t think Bekah is ready for what comes after this; Bekah goes crying to Arie after finding out what Tia said and reassures him she is there for a future with him; Kendall gets the first rose of the date; Arie, Tia, & Bekah then go to dinner where Arie gives Tia the final rose; Bekah seems genuinely heartbroken but fret night young Bekah we will see you in Paradise.

That all for tonight folks. Next week we get to see Becca, Lauren, Kendall, and Tia’s hometown dates. Who do you think will make it to top 3? Whose ex-boyfriend comes to try and steal his girl back? Tune in next week to find out!

Review: The Storied Life of A.J. Fikry by Gabrielle Zevin