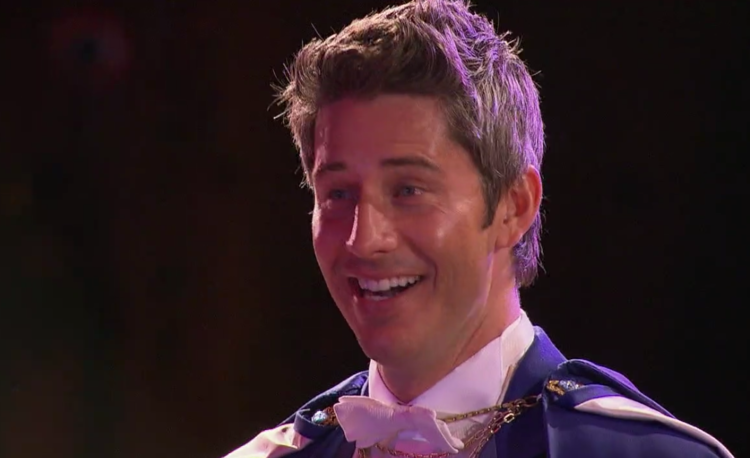 In case you are wondering je m’ennuie means “I’m bored” in French and oh boy am I. I was thisclose to not even bothering to recap because watching this season is bad enough but I am not a quitter! I can sum this episode up in probably five sentences but I will try to stretch it out a bit more. We have traveled to Paris for this episode and the scenery is one of the only good parts of this episode. There was one other good part and you will find out shortly what that was. I am sure you could venture a guess.

One-on-One with Lauren: Why so serious? 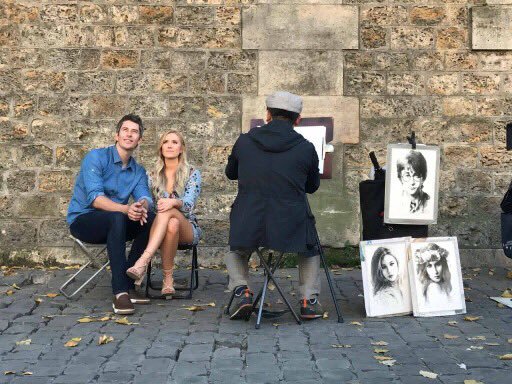 I feel like I say this every single week but this is the most boring date ever. I am starting to sound like Chris Harrison with this “most dramatic rose ceremony ever” line but with “most boring date ever” as my line. Now I know editing and I know the point of it but I have a feeling this really wasn’t edited to seem like Lauren is unhappy and mute. I feel like that is just how she is. She literally has NOTHING to say all day and seems miserable the entire time. She says it is because it is hard for her to open up but you don’t have to open up to freaking smile. They take a boat along the Seine River and then walk around what looks like a farmer’s market or something of that sort. There is pretty much zero conversation the entire time. I mean it was so unbearable to watch. She is so quiet that ARIE was the one who was talkative. Now that is saying something. He opens up for what seems like the first time this entire season. Apparently his most serious relationship was with a single mom of two kids. They lived together and she even got pregnant with Arie’s baby. He said one day, while he was traveling for racing, she called him to tell him she lost the baby and that she wouldn’t be there when he returned. Ouch, that is brutal. Lauren’s response “that’s awful” or something minimal like that. The only thing she really talked about was how hard it was for her to open up and trust men because her parents always put them in the middle of their tumultuous relationship and because of her ex who started treated her badly after they got engaged. Riveting stuff. Despite the lack of connection, at least in my eyes, she gets the date rose. I think she may have smiled but I can’t be sure. 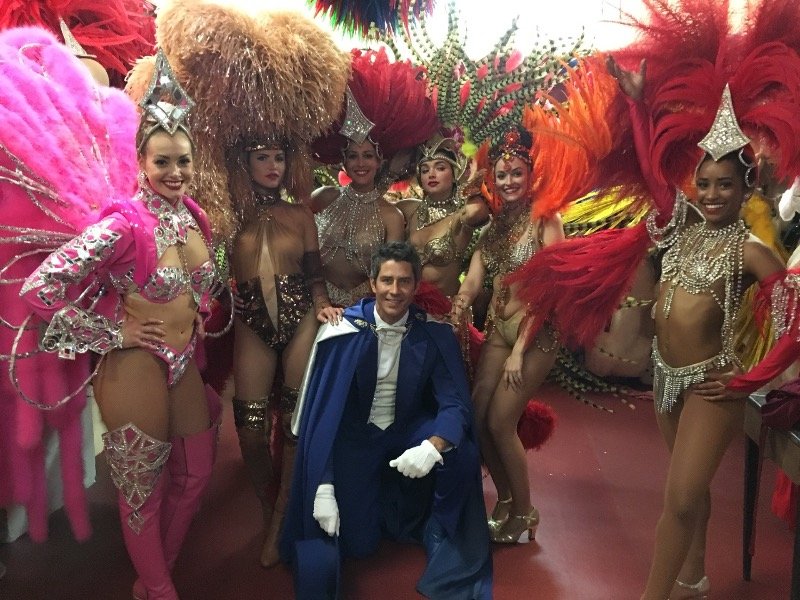 Arie seems to think that this date is “for the women” but I am pretty sure putting the women in outfits so skimpy they have to bring out the black box to cover their asses is a date for Arie. The date begins with the ladies trying to learn some moves from the Moulin Rouge choreographer. Seinne is a dancer so seems to be getting it, Bekah is in her element, Tia is not great but she knows it, Becca just seems uncomfortable, Jenna is her usual goofy self, and Chelsea…well who knows because she has faded into the background. I have to give all of them credit because those costumes are no joke! The ladies then find out that whoever gets the rose tonight gets to be in the show with Arie.

During the one-on-one time Tia reaffirms her feelings for him, Bekah tells him for the first time in her life she started feeling jealous which makes her know she is developing real feelings, and Seinne speaks to him in French (still think she is too good for this show). We don’t see any of his time with the other girls which leads me to believe one or all of them won’t make it through this episode. Bekah gets the rose and her reaction is so genuine that I am really starting to want her to make it to the end.  I think if she doesn’t the sole reason would be her age. Since she gets the rose she gets to go on stage with Arie and oh my goodness it is cringy to watch. They walk along the stage while Arie (badly) lip syncs to a French song. The other ladies are of course insanely jealous, which I don’t get because that does not feel like a reward. 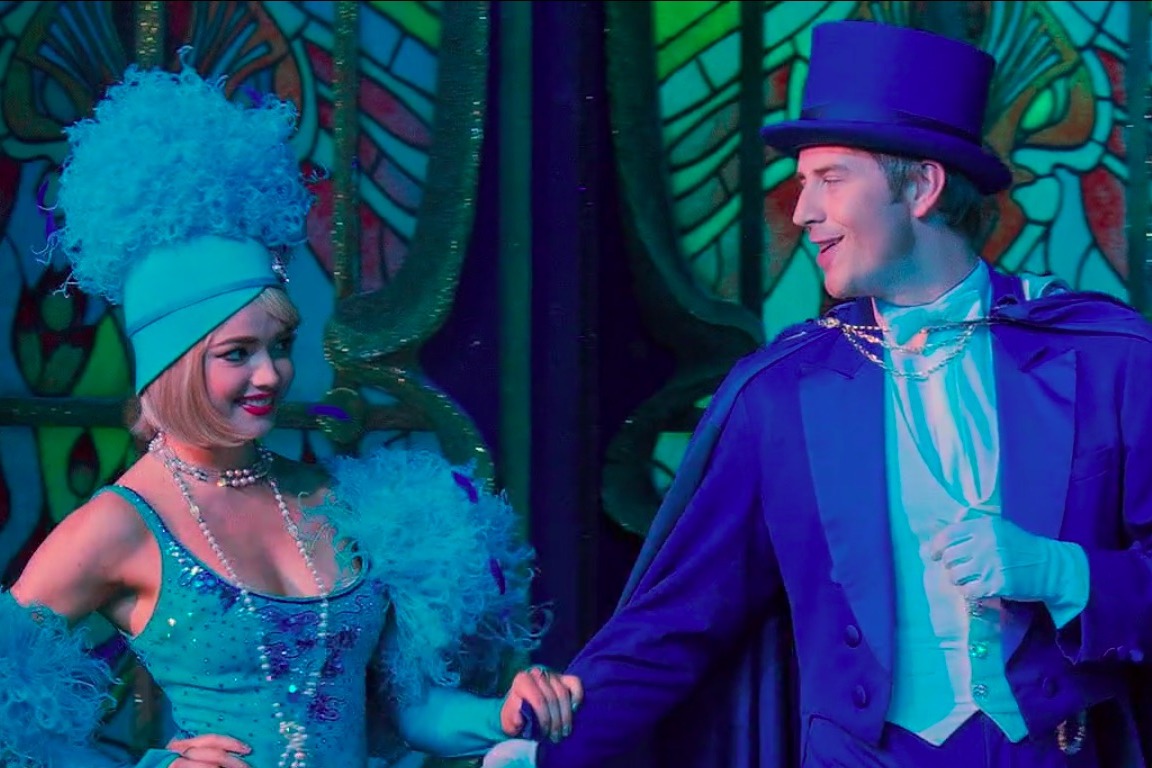 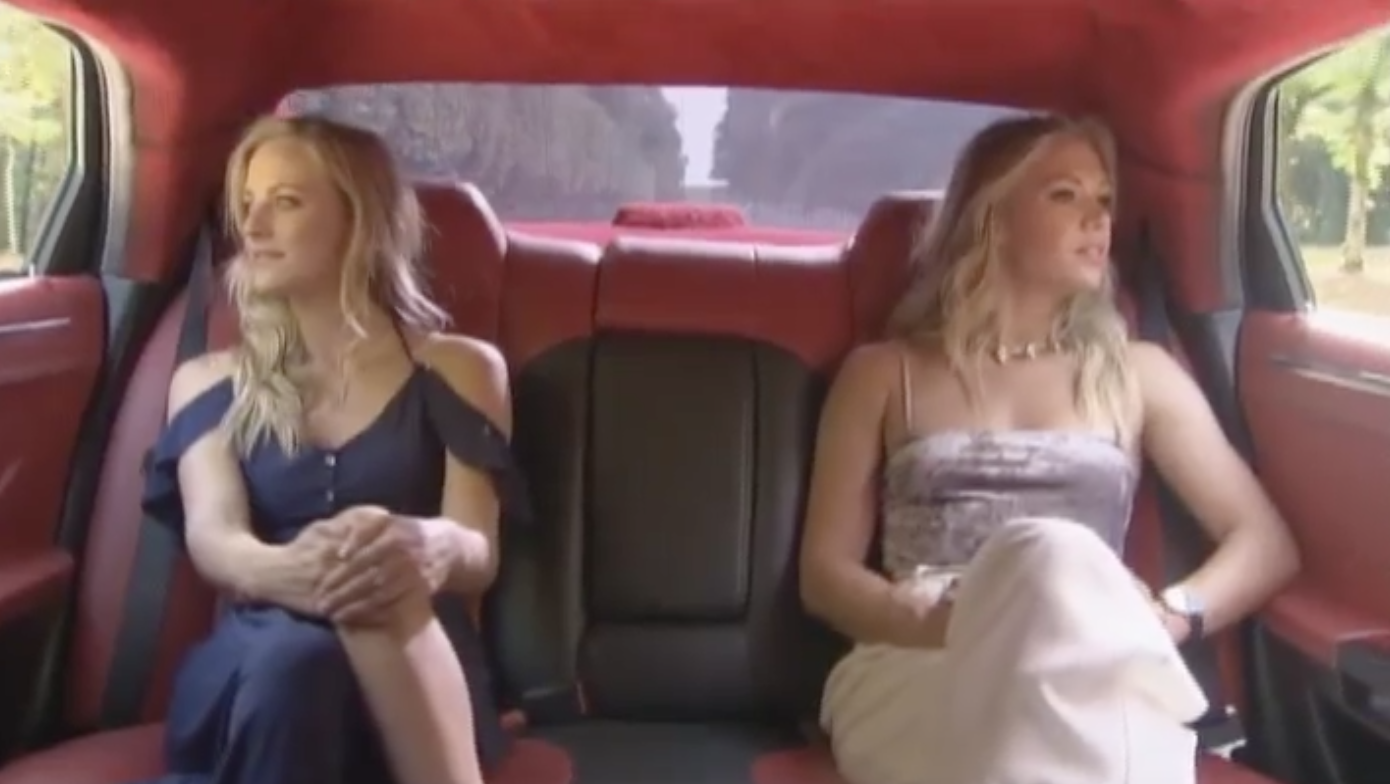 Now for the moment we have all been waiting for….Krystal on a two-on-one date. First things first I want to wipe that smug smile right off her face. She is so confident she is staying and it is just infuriating. This date makes me love Kendall but more on that later. First things first, they meet Arie in front of a chateau in the French countryside. Side note I really want to go back to Paris. It is just such a beautiful city!! They start out by trying to find Arie in a hedge maze and then each sit down with him for their alone time. Krystal is up first and they talk about what happened in Fort Lauderdale. She seems to be trying to brush it off but you can tell he is still pissed about it. She also takes the time to tell him that she doesn’t think Kendall is a good fit for him because Kendall has never been in a really serious relationship. This is the way she operates, when she is backed into a corner she lashes out at the other women. Arie then has his time with Kendall and he relays to her what Krystal said. This leads to probably the most surprising and mature confrontation ever on this show. Hell it is probably the ONLY mature confrontation this show has ever had. Kendall goes back to Krystal and says this:

“I dated someone like you before, where in the face of conflict they have told me things that really hurt me. I guess I learned that saying the thing that’s most hurtful doesn’t necessarily mean you win. It means you hurt somebody. I can definitely empathize with you…I feel like you have so much beauty in you. Like, I 100% see that. You’ve been through a lot. You’ve been through so much. You’ve been through a lot of pain — like, more pain than I can even understand. It feels very controlled. I don’t think you should try to control it. I think you should just — man, I feel like the most beautiful moments I’ve ever had with somebody and the moments I’ve been able to connect with somebody are the moments I feel like I acted like a fool or acted imperfect. Man, you’re imperfect. And isn’t that amazing?”

Krystal just sits there with her blank stare and smug smile. Then Arie comes back and tells them he isn’t ready to make a decision and that he will meet them at dinner. At dinner Krystal finally has a response to Kendall and she didn’t appreciate what Kendall had to say to her. Of course she wouldn’t…she is a piece of work. They don’t show any of Arie’s time with the ladies during this time and in the end Kendall gets the rose. Cue angels singing. You can just tell that Krystal is fuming but to her credit she keeps her cool while they exit. Usually two-on-one dates the lady who doesn’t get the rose is left somewhere like the middle of an island but in Krystal’s case she gets left in a nice dinner table with a gorgeous view of the Eiffel Tower. All in all this date made me love Kendall and made me so happy that I don’t have to listen to Krystal’s crap anymore. Back at the hotel they come and take Krystal’s luggage and the ladies are shocked and then elated. Clearly Krystal rubbed every single one of them the wrong way. 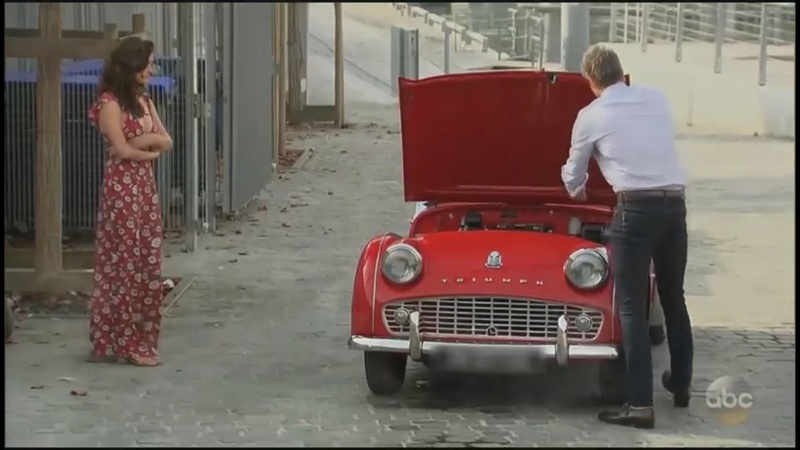 Ready for the shortest date recap probably ever: Arie picks Jacqueline up in a car, it then breaks down so they have to grab a taxi, they go shopping, Jacqueline gets a new dress for dinner, Arie admits their relationship has been slower because he is intimated by how smart she is, we find out she has six more years to go before getting her PhD, I think for sure she isn’t getting the rose because she won’t be moving to Scottsdale but I am wrong and she gets the rose. She won’t be around much longer, that I know.