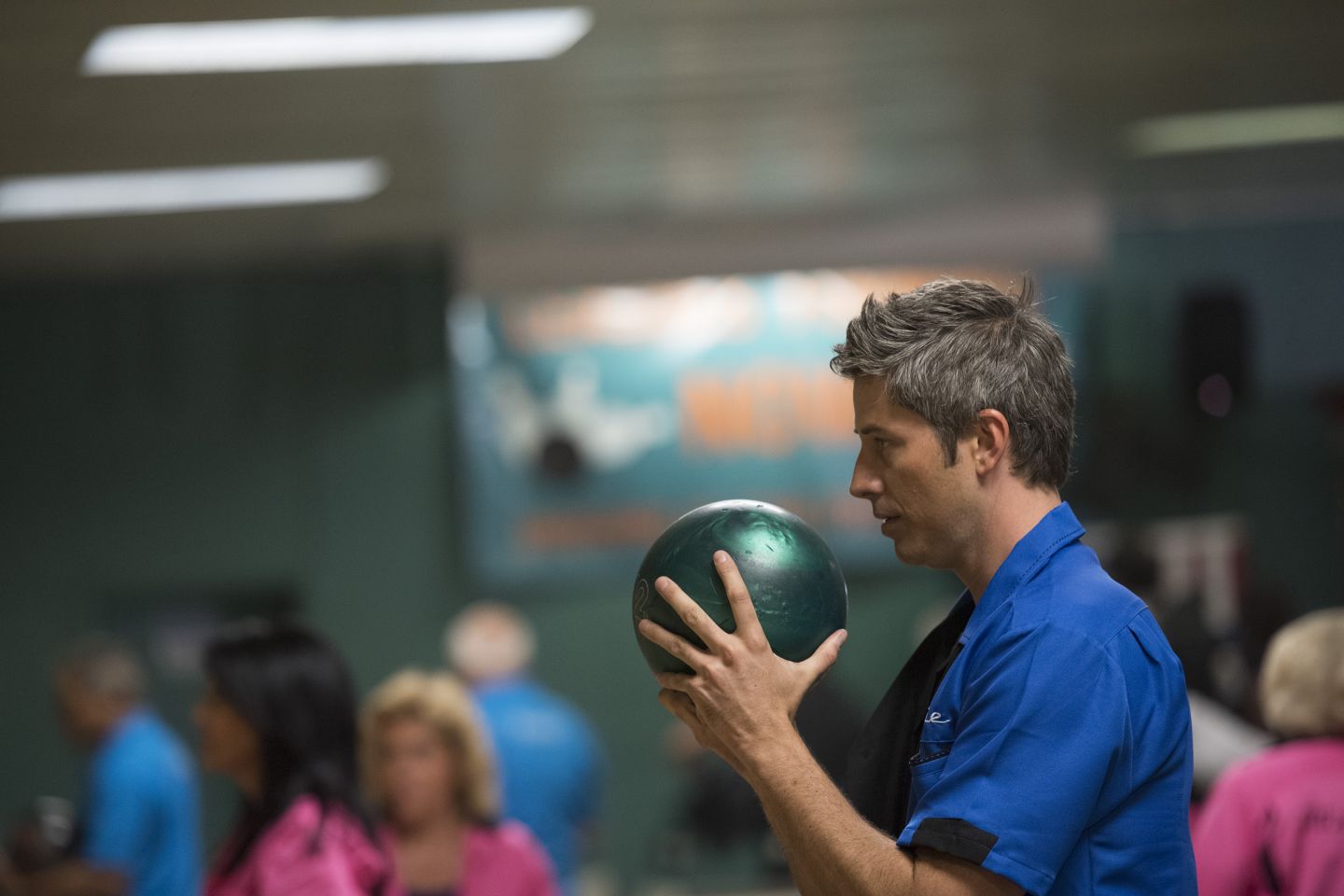 Well folks this week we are off to Fort Lauderdale, Florida. Being from South Florida I can’t agree with Arie when he talks about how FTL is a great place to fall in love….no sir, it is party central. This week we welcome back Maquel, have two one-on-one dates, and one group date.

Chelsea and Arie’s date is a typical tropical setting date. Spending time on a yacht, with champagne, a hot tub, and some jet skiing. Like every other one-on-one this season this is another snoozefest. I don’t even think they said anything worthwhile the entire day. Just drank and made out on a jet ski. I am starting to think Arie has nothing of substance to say and just wants to make out with a bunch of women. From here they go to dinner where Chelsea opens up a bit about her relationship with her son’s father. He was an older man and the 7 years they were together he was molding her into what he wanted her to be. When their son, Sammy, was 6 months old the man left her for another women. To her credit she is contributing a lot to the convo while Arie says deep things like “oh,” “yeah,” and “that much have been hard.” He seriously talks about NOTHING. I am back to liking Chelsea so happy she gets the rose.

Right at the start of this date I am already annoyed at Krystal, not that that is shocking to anyone. The fact that this woman is so vain to think Arie should be chasing her instead of her giving him the attention is asinine. Do you not understand the premise for this show? You are not the Bachelorette…you don’t get to sit back and let the man come to you. Moving on. The ladies are split into two teams, the Pin Ups & the Spare Roses. Whichever team wins gets to move on to the second part of the date. Side note Jenna is just way too strange for me. The Spare Roses clean the floor with the Pin Ups and while the Pin Ups go and lick their wounds Arie decides he feels bad to take time away from anyone so he says everyone is coming to the second part of the date. Cue Krystal having a meltdown.

When the ladies get back to their penthouse suite to get ready for the second half of the date we find out that Krystal went ballistic on the bus ride home calling Arie a liar and saying how she can’t trust him because he took back his word that it would only be the winning team getting the extra time with him. Is this seriously a real issue right now?? She then gets in her robe, says she isn’t going on the rest of the date and that her bags are packed. Girl you aren’t going anywhere so shut up. When Arie meets the other ladies downstairs they tell him that Krystal is throwing a fit so of course he goes upstairs to talk to her. For the first time this season I actually like Arie. He is not having it with Krystal’s temper tantrum. He confronts her about talking smack and says that she should have said it to him and not everyone on the bus. He then tells her she needs to stay in the room and not join the party. Yes Arie yes!!!!

The rest of the night consists of Arie spending each one-on-one time making out with the girls. I am convinced Arie has absolutely nothing to say to these women. The only conversations the whole night were with Kendall & Lauren. Kendall about how she has never had a relationship over 10 months and Lauren asking him questions like what his fave color is and how he likes his coffee…deep! Then, just when we think she won’t get more TV time, Krystal gets dressed and heads down to the party. Way to disrespect his wishes. She doesn’t stay long after the comment she gets from Bekah asking her if she is a liar because she said she wasn’t come to the date. Bekah-1 Krystal-0. I am starting to like Bekah more and more each episode. Date rose goes to….Lauren. 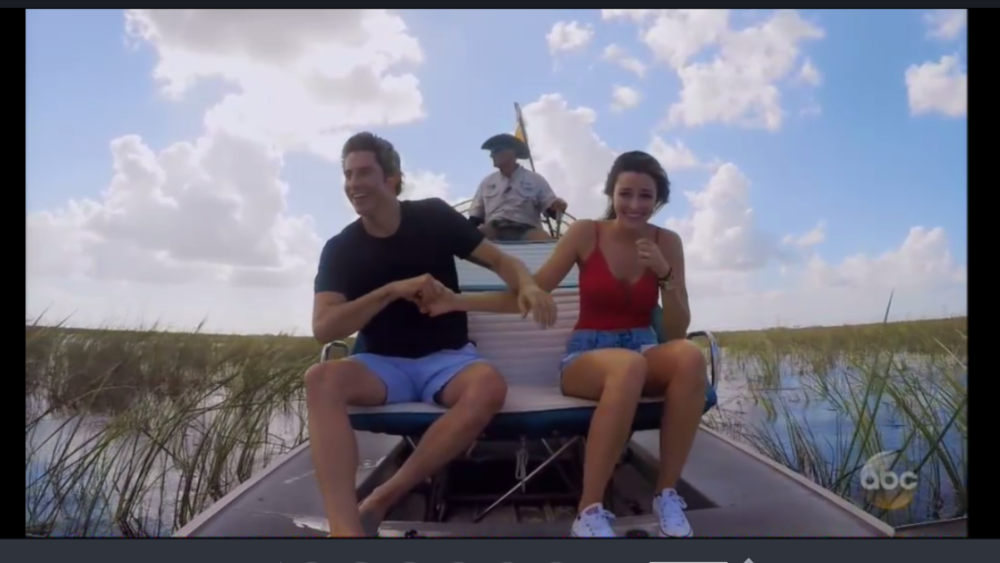 For Arie’s date with Tia he of course takes her on an airboat ride in the Everglades because you know it’s country. I have lived in South Florida my entire life and I have never been to the Everglades. The idea of riding in an open airboat in a place with a bunch of gators scares the you know what out of me. I mean you aren’t even belted in! The airboat takes them to some old man’s house in the middle of the water to have some frog legs, catfish, and deep fried corn on the cob. They talk about frogging, Arie’s racing, and do some kissing. They seem to have an easy, comfortable connection. Later in the night they actually talk about some serious things and it is the first time anything of substance has been talked about on a date all season! They talk about her job (I had no idea she had a doctorate, go girl) and about religion. Arie asks her if she could marry someone who doesn’t have the same faith as she does so clearly Arie is not a very religious person, she says yes and then we get the first “I’m falling in love with you” of the season. She of course gets the rose. We also get this quote “I’ve been waiting for you to push me against something,” well damn girl!

Will next week be the week we finally get rid of Krystal? Let’s pray to the Bachelor Gods that it is. Until then…

Review: This is How It Always Is by Laurie Frankel