Home Television ‘The Bachelor’ Episode 4 Recap: Age Ain’t Nothing but a Number

‘The Bachelor’ Episode 4 Recap: Age Ain’t Nothing but a Number 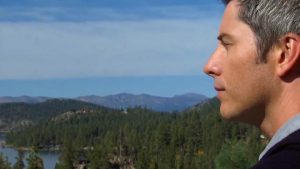 Well it is another week and my opinions are the same…Arie is boring, Krystal needs a reality check, and Bekah is in for the long haul. She may not be crowned the winner but definitely making it far. It seems this episode is going to be focusing on the age gap between Arie & Bekah (14 years!) It is all the girls can seem to talk about all episode. Let’s jump in shall we?

It’s time to start the traveling and the first stop is Tahoe!

One-on-One with Seinne: Parasailing into Love

This date gives us this amazing quote, “parasailing is about letting go” Ugh this show is the worst but I just can’t stop watching it! Like Arie this is yet another boring date with a couple that barely has a connection. They go parasailing, drink champagne by the lake and then go to dinner at the Hard Rock Hotel. Seinne seems like a lovely woman and quite frankly seems way too good for this show. They talk about family, how Arie is ready to settle down, Seinne’s kissing abilities, how Seinne has learned to love hard because of her parent’s rocky marriage, how she doesn’t know what her love story could look like because girls that look like her were never part of the fairy tales, etc etc. She gets the rose and then they go to a concert. New day, same date. If these dates continue to be so boring my recaps are going to get shorter and shorter. Come on Arie give me some good material!

While Arie & Seinne are on the date, Maquel gets some bad news from home: her grandfather passed away unexpectedly. She makes the decision to leave the show which I hope would be anyone’s decision if faced with that.

Group Date: Survival of the Bitchiest

Arie takes the ladies to meet up with a retired green beret combat commander and his wife to learn how to survive in the wilderness. First up everyone gets a water bottle to go pee in, nothing says romance like pissing in a thermos. Next up drink your own pee!! Just kidding, it’s applejuice in Arie’s bottle. To think that at least two of these women were willing to drink their own pee for this man….can we say desperate. Ladies come on!

Next up eating some bugs, which really doesn’t seem that weird to me but Krystal is not having it. She lets us know, multiple times, that this date is beneath her. Arie, Kendall, & Tia are the only ones who try the worms. Of course taxidermy & Arkansas have no problem eating the worms. Good for you ladies! Then Kendall pulls Arie off to the side to do some making out…nothing better than making out after eating bugs. What is the one thing that could make his kissing worse? Kissing with worm breath.

Next the ladies split up in three teams, get a map, and have to navigate their way through the woods to the promise land…a hot tub. The blue team (which Arie was on) find their way first so they get the most use of the hot tub. Arie puts his arm around Krystal so Tia & Caroline follow suit with each other saying that they are on a date. It is all in good fun but Krystal is NOT having it (more on that later in the night.)

After the day of adventure it’s time for the cocktail party portion of the date. Here are some highlights: Lauren is up first and she asks Arie what he is looking for in a women, his response: a flexible schedule and she has to be independent. Those are interesting. Kendall talks about her taxidermy duckling named Ping and while the taxidermy is a bit odd I actually am starting to like her for Arie. They seem to have chemistry and she is adventurous which is what he needs. Krystal uses her time to play the poor me card with her big ole fake tears. She talks about how she thinks Tia & Caroline feel threatened by her and were making fun of her in the hot tub. Yeah no. After her time she goes and pulls Tia & Caroline to the side and that goes about as well as you think. She is making enemies by the minute. Clearly annoyed Tia goes to Arie and I think she is about to bitch about Krystal but she catches herself and they end up having a good enough one-on-one time for him to give Tia the rose. I love his choice if nothing else than to piss Krystal off.

The date starts with exploring Tahoe on horseback and some hot tub action. This part of the date consists of a lot of making out and not much talking. I know she is definitely too young for him, and not ready to settle down, but I have to say I actually like them together. She makes me forget, for a minute, how drab he is. We move on to the dinner portion of their date and the time has come for her to tell him how old she is…dun dun dun. He starts talking about how he is at a point in his life where he is ready to settle down and he really wants to know if she is ready for what would be next for him. At this point she asks him “wait do you know how old I am” aka I am too young to be talking about settling down. When she tells him 22 you can feel the air change and you can see his face go white.

Right now you know he is thinking back to all those make out sessions and thinking oh my lord what are people going to think. To her credit she is pretty honest with him about how she doesn’t know if she is ready to settle down because she has never gotten to the point with someone where she was ready so how would she know. At least she isn’t lying to him and saying oh yeah I am totally ready. Side note had I known how many times he would say “22” throughout the rest of the date I would have played a game where I had to take a sip of my wine every time he said it. I would have been nice and hammered. Then he talks a lot about how this probably won’t work out because she has so much more life to experience but he can’t get over their connection so she gets the rose. I am sure he is worried that his strongest connection is with someone 14 years his junior but hey big age gaps work all the time. This one won’t because it is formed on the Bachelor but in the real world it may have.

Cocktail party highlights: Oh wait Chris Harrison comes out and says Arie already has his mind made up and doesn’t need a cocktail party….sorry Krystal.

Right before Arie gives out the first rose Krystal stops him and asks if she can talk to him for a second….of course she does. This girl needs to go! Not even sure why she pulled him aside because at this point I tuned out. I can’t watch anymore of her.

Staying: Seinne, Tia, Bekah, Lauren, Kendall, Ashley, Becca, Chelsea, Jenna, Jacqueline, Mariyk, & Krystal (apparently the producers feel they can get some more out of her, ugh)

Until next week friends…

Review: This is How It Always Is by Laurie Frankel