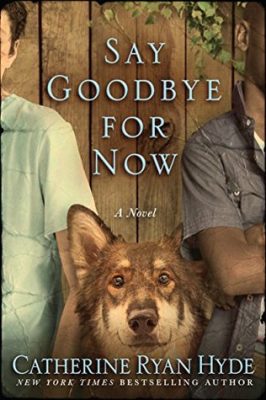 Synopsis:
On an isolated Texas ranch, Dr. Lucy cares for abandoned animals. The solitude allows her to avoid the people and places that remind her of the past. Not that any of the townsfolk care. In 1959, no one is interested in a woman doctor. Nor are they welcoming Calvin and Justin Bell, a newly arrived African American father and son.

When Pete Solomon, a neglected twelve-year-old boy, and Justin bring a wounded wolf-dog hybrid to Dr. Lucy, the outcasts soon find refuge in one another. Lucy never thought she’d make connections again, never mind fall in love. Pete never imagined he’d find friends as loyal as Justin and the dog. But these four people aren’t allowed to be friends, much less a family, when the whole town turns violently against them.

With heavy hearts, Dr. Lucy and Pete say goodbye to Calvin and Justin. But through the years they keep hope alive…waiting for the world to catch up with them.

Review:
I loved this book! It just reaffirms how much I love the historical fiction genre. This book was well written, I loved all the main characters (Pete, Dr. Lucy, Calvin & Justin) all for different reasons, I loved the story, and it made me feel a range of emotions. Whenever I read a book about this period in our history I get so upset about how things were during this time. The fact that interracial relationships were illegal is mind-blowing to me. I can’t understand how people can look at other people and only see color instead of who someone is as a person. I couldn’t imagine not being able to be with the person you love because of something as silly as the color of skin. At the heart of this book is a group of people who were strangers that became family. And yes I cried at the end but I don’t want to spoil anything so I won’t say why 🙂 Great book to end my year on!

Favorite Quotes:
“You think you’ll get over the loss of someone. Eventually. Because it seems we get over everything, given enough time. And I guess in a lot of ways I’ve partially gotten over the traumatic event of her passing. But what you don’t realize, until you have to live it, is that it’s the absence of the person that’s the trouble. The ongoing absence. And when you’re missing someone, a longer time without them doesn’t solve the problem. The longer you don’t see someone, the more you miss them.”

“Upset is a funny thing. It looks for places to direct itself. It’s an emotion given to action, and it needs somewhere to go. Even if it has to make something up as it goes along.”

“She was looking at her life. It was the same array of property and belongings she looked at every day. Except you don’t look at your life every day. You don’t stand a step or two outside it and say to yourself, This is my life. You just walk through it the way she assumed a fish swims through water, never registering it as water. It’s just what is.”

“I guess I feel like I’ve been putting up this big front to the world like I don’t need anybody or anything. Like I’m happier by myself. I don’t like being alone any better than anybody else does. I just got confused because it was better than being with most of the people I’ve known.”

“Smart is overrated. Most of the harm done in this world is done by people who fancy themselves smart. And they are—book smart. But most really smart people have no sense. They value their brains too highly. I’d rather have someone with sense. And a little heart.”

“It flitted through her mind without actual words that skin is an odd thing for the world to make a fuss about, especially when, with your eyes closed, it all feels more or less the same.”

“Not everybody sees that when it’s right in front of their face. A lot of people only see the world the way they want it to be. They see what agrees with the thinking they’ve already got. The rest just falls away unnoticed.”