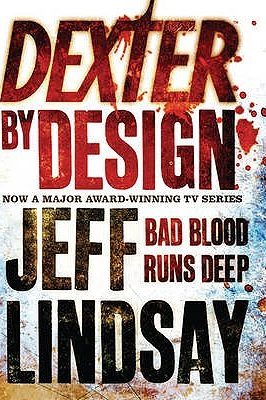 Synopsis:
The macabre, witty New York Times bestselling series (and inspiration for the #1 Showtime series, Dexter) continues as our darkly lovable killer matches wits with a sadistic artiste–who is creating bizarre murder tableaux of his own all over Miami. After his surprisingly glorious honeymoon in Paris, life is almost normal for Dexter Morgan. Married life seems to agree with him: he’s devoted to his bride, his stomach is full, and his homicidal hobbies are nicely under control. But old habits die hard–and Dexter’s work as a blood spatter analyst never fails to offer new temptations that appeal to his offbeat sense of justice…and his Dark Passenger still waits to hunt with him in the moonlight.

The discovery of a corpse (artfully displayed as a sunbather relaxing on a Miami beach chair) naturally piques Dexter’s curiosity and Miami’s finest realize they’ve got a terrifying new serial killer on the loose. And Dexter, of course, is back in business.

Review:
I have started to notice that the further I am getting into this series the harder the books are to review. They all have the same sort of premise, nothing new to really review each time. I will say this book was definitely better than the last one, thank goodness. It still was a little too far fetched for me but at least it was more realistic than the last one. I have to say I don’t remember the TV series that well but I feel like aside from the first book these other books are NOTHING like the show. It seems that all the show took were the character names and the fact that Dexter was a serial killer that only kills bad guys. Maybe I just don’t remember the show but I feel like I am accurate in my thoughts. I’ll have to go watch the show again to know for sure. The TV show seems heads above the books which is unusual for me to think. I am halfway through the series so I am of course going to finish but I really thought I would enjoy this series more than I am.

Favorite Quotes:
“Why bother inflicting enormous pain on yourself when sooner or later Life would certainly get around to doing it for you?”

“Dying makes everyone weaker, subject to painful insight, and not always insight into any kind of special truth – it’s just the approaching end that makes people want to believe they are seeing something in the line of a great revelation.”

“I don’t know if you have noticed this, but it is quite possible for two human beings to have a conversation in which one or both parties involved has absolutely no idea what they’re talking about.”

“And as we should all know by now, anytime you predict failure you have an excellent chance of being right.”