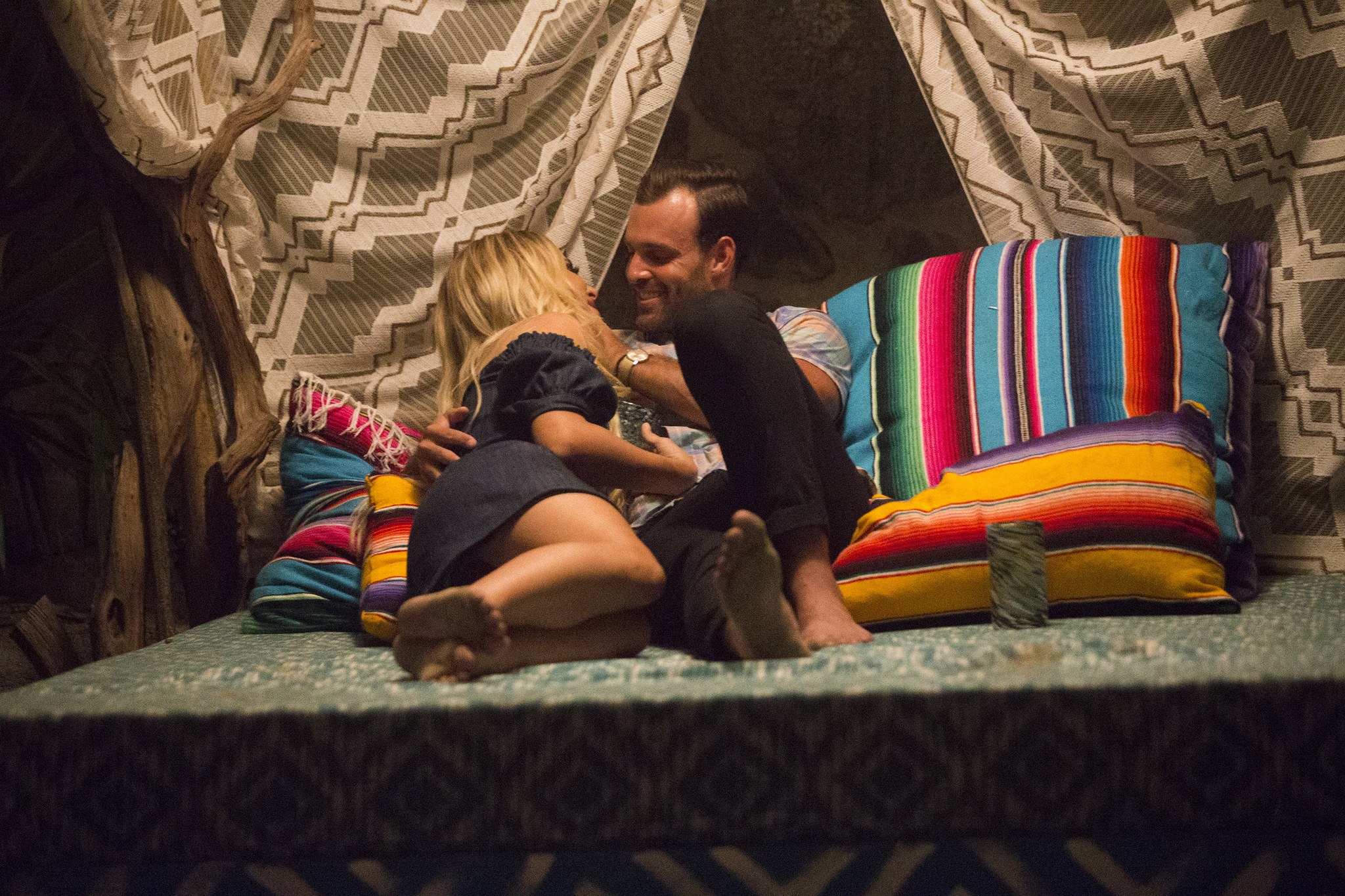 Is it bad that I am happy there are only two weeks of Paradise left? This season is the worst! If I had to put money on it I would say there is not one single couple still together.  We left off with Matt leaving and Daniel entering. Daniel has about 5 minutes to get to know the girls before the rose ceremony. Lacey is over the moon that he has arrived and in typical Daniel fashion he makes some ridiculous comments.

Daniel to Lacey
Jack Stone to Christen
Matt to Jasmine (He came back just to give his rose out because he feels she deserves it. If I were him I would have taken that rose right back after her reaction to it)
Derek to Taylor
Robby to Amanda
Adam to Raven
Dean to Kristina (He is now on my shit list, more on that later)
Ben Z to Danielle

The next morning everyone is woken up by a bunch of men in Lucha Libre masks running around acting a fool in order to give Daniel his date card. He chooses Lacey even though he doesn’t seem too interested in her. At the same time another man is arriving to Paradise….Jonathan “Tickle Monster” from Rachel’s season. I am pretty sure the ladies talk about how he is a doctor 100 times after he arrives. We get it. After talking to Christen for maybe 3 minutes he goes in for the awkward looking kiss….poor Jack Stone. Who would have thought I would ever be routing for Jack Stone over everyone else?! Lacey & Daniel head to their wrestling date and Jonathan & Christen head to their scallop dinner date. Both dates seem to go well enough.

Back at the resort Dean goes from a guy I really liked to a complete ass. The way he is juggling Kristina & Danielle is really pissing me off. Bottom line is he thinks Kristina is the better choice because she is smart and very into him but Danielle is just so hot. Basically he wants Kristina to wait on him so he can get his rocks off with Danielle for the summer and then date Kristina in the real world. Not cool to either one of them. He kind of breaks things off with Kristina but then asks her to be patient and then he tells Danielle she is someone he can fall in love with. I mean seriously WTF? Shame on you Dean! I hope both these girls find someone else and leave Dean out in the cold. The episode ends when the two couples come back from their date, Jasmine steals Daniel from Lacey for a chat and Jack Stone steals Christen back for some making out. These relationships are making me dizzy. For the next 45 minutes we have two pointless segments and then Chris Harrison talks to Corinne about the shutdown. 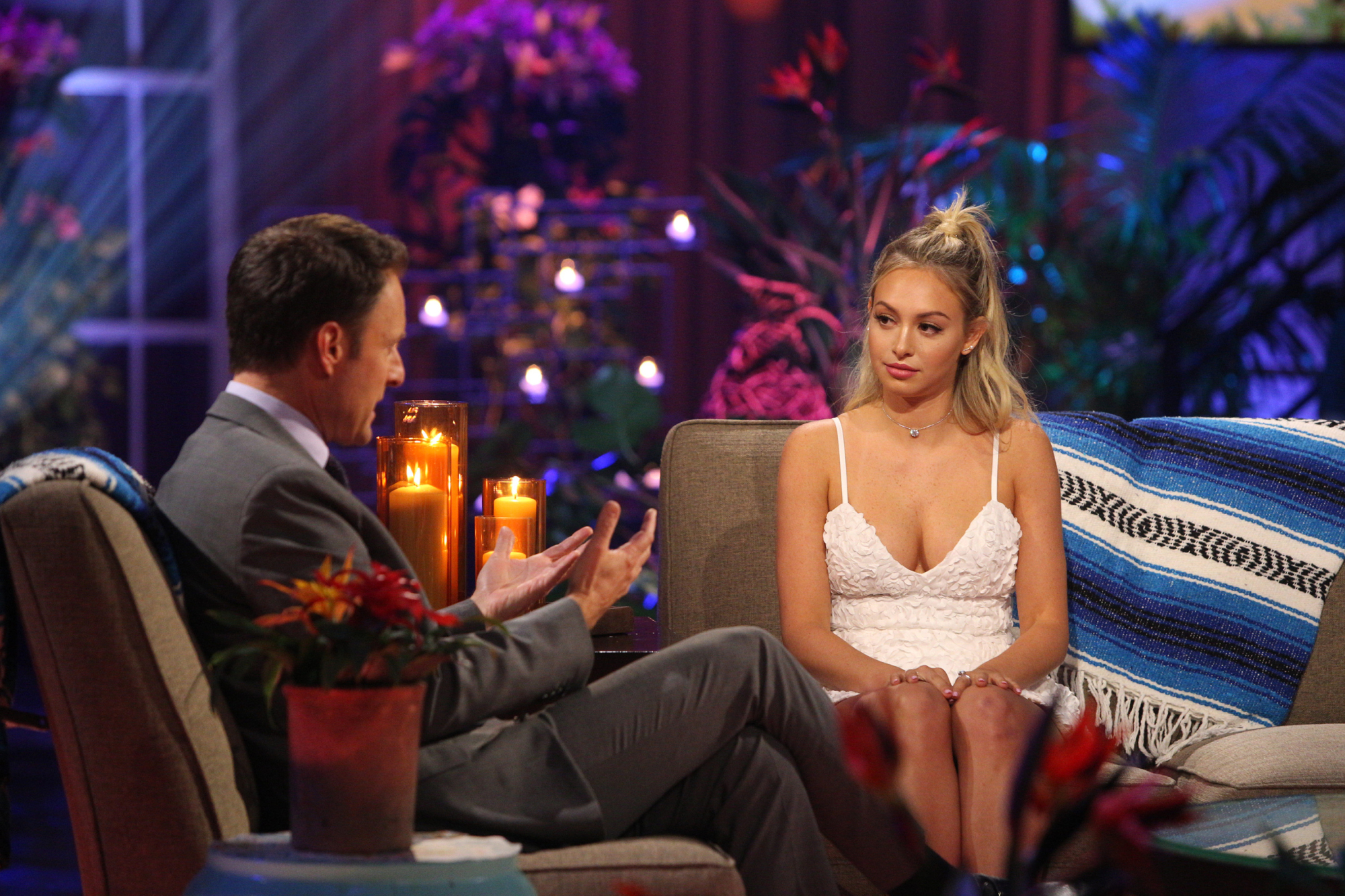 First we have Wells, Raven, Amanda, & Alexis talking about pointless things that we already know. Next Jasmine gets to confront Matt and all I am thinking is why am I watching this? Neither of those segments should have even been part of this show. We then get to Corinne who explains that she was on a new medication that shouldn’t have been mixed with alcohol so she was blacked out during that first day. She says that even though she was acting like her normal self she wasn’t mentally there. When asks how she feels about DeMario she says she doesn’t blame him and that she thinks the media is to blame. When she claimed she was a victim she meant that she was a victim because of how the media was going after her. I really tried to put my opinions about Corinne to the side for this interview but after watching DeMario’s last week I just feel that she was extremely insincere. In the end I feel like DeMario’s reputation was hurt way worse than Corinne’s and she should have emphasized the fact that DeMario was not to blame AT ALL. She said it but it didn’t feel like she meant it. Hopefully now we are done with all these “After the Final Rose” type segments and can just get normal BIP episodes for the last two weeks. See you all next week!