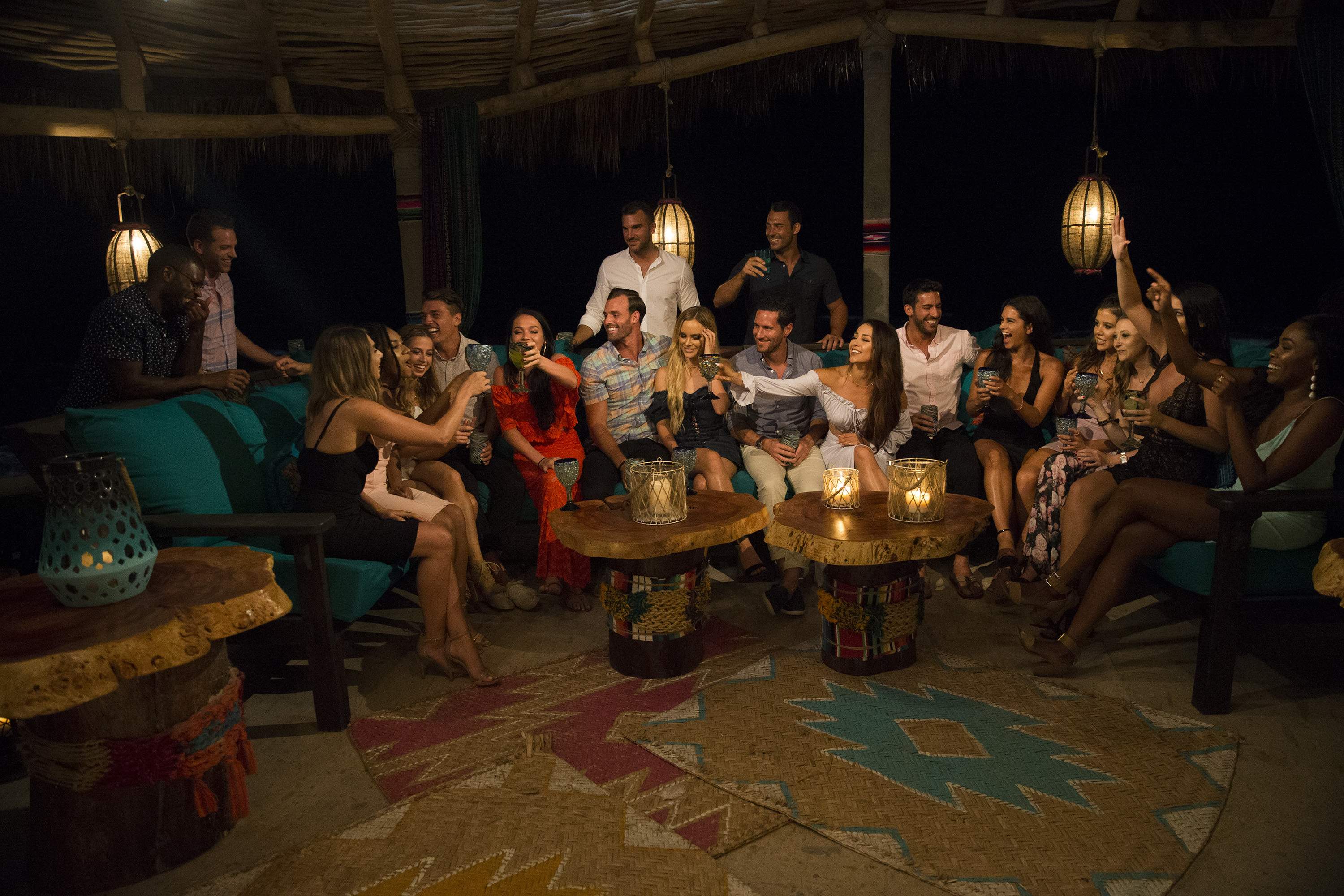 We finally got a whole 2 hour ‘Bachelor in Paradise’ episode and I was annoyed pretty much the entire episode. I don’t know if it’s because the last two seasons of Paradise were so good or what but this season is just so eh to me. This cast is just not that likable overall. I do have to say that Jack Stone creeped me out on Rachel’s season but he is actually seeming pretty normal this time around. He seemed to have a connection with Alexis that is until she tried to feed him a decaying crab. Way to lose your rose girl! I am hoping he does decide to not give her the rose because she riles Jasmine up and they are quite the annoying duo. More on that later.

The first arrival of the episode is Christen from Nick’s season, who right away reminds us she is still a virgin….umm congratulations? She gets with the girls and is told she should go after Jack Stone and most definitely not Matt. Jasmine has peed all over that one. Matt then comes up to her and expresses interest to go on the date. He probably just wants to get away from Jasmine if we are being honest. She is becoming unhinged. Matt goes to let Jasmine know he is going on a date with Christen and this is the point where Jasmine goes from mildly annoying to omg can we please vote her off the island! She goes on a tirade about how men don’t want virgins, how Christen is stupid for asking Matt because she won’t get his rose, how Christen isn’t worth choking, and how she is going to go confront her and give ABC “good TV.” Spoiler: she doesn’t. She goes to the room, tells Christen she is pissed that she picked Matt, and then leaves Christen to cry and then get ready for her date. This is so dumb.

Matt and Christen’s date consists of walking around, her trying on bikinis, and them making out in the ocean. Not even sure if they asked each other any questions. I was playing a game on my tablet because I was so bored so if they talked about anything I missed it. Meanwhile the mean girls back at the resort make fun of Christen for a time during her Bachelor season when she ordered scallops to go, proceeded to eat them with her fingers, and then touched Alexis’ shoulder with her “scallop fingers.” See what I mean about pretty much everyone being unlikable this season?! When Matt & Christen return from their date Jasmine attacks Matt with kisses and it is so uncomfortable & desperate. Girl have some dignity! 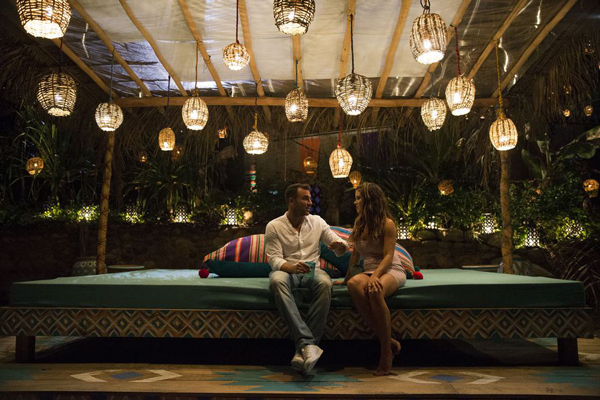 Here is the rest of the episode in a nutshell: Robby is trying his hardest to woo Amanda and she just doesn’t seem to be feeling it AT ALL, but by the end of the episode she lets him kiss her but I don’t see this going anywhere; Taylor & Derek get into a fight because he says “f you” to her and it brings back memories of bad exes she has had, she talks about breaking it off but he apologizes and all is well (side note I don’t think I could ever date a counselor/therapist); Dean & Adam continue with their respective love triangles, making all 4 girls feel safe, these two need to pick one and knock this shit off; Diggy takes Lacey aside to let her know she isn’t getting his rose but before he can do that she lays into him about how disrespectful it was to go on a date literally 45 minutes after his date with her, she is another one who needs to slow her roll; Matt tells Jasmine that he is deciding to leave paradise and all I can think is please let this mean that Jasmine will get the boot; Jasmine and Christen then try and fight it out for Jack Stone, with Jasmine pretending she thinks he is hot and Christen going straight in for the kiss, my money is on Christen. Just when we think we are getting a rose ceremony Chris Harrison decides to let everyone know that a new man will be joining tonight….welcome Canadian Daniel everyone…maybe Lacey will get her wish after all. With that this episode of BIP is over so until tomorrow folks!