Home Television ‘Bachelor in Paradise’ Episode 2 Recap: We’re Back On!

‘Bachelor in Paradise’ Episode 2 Recap: We’re Back On! 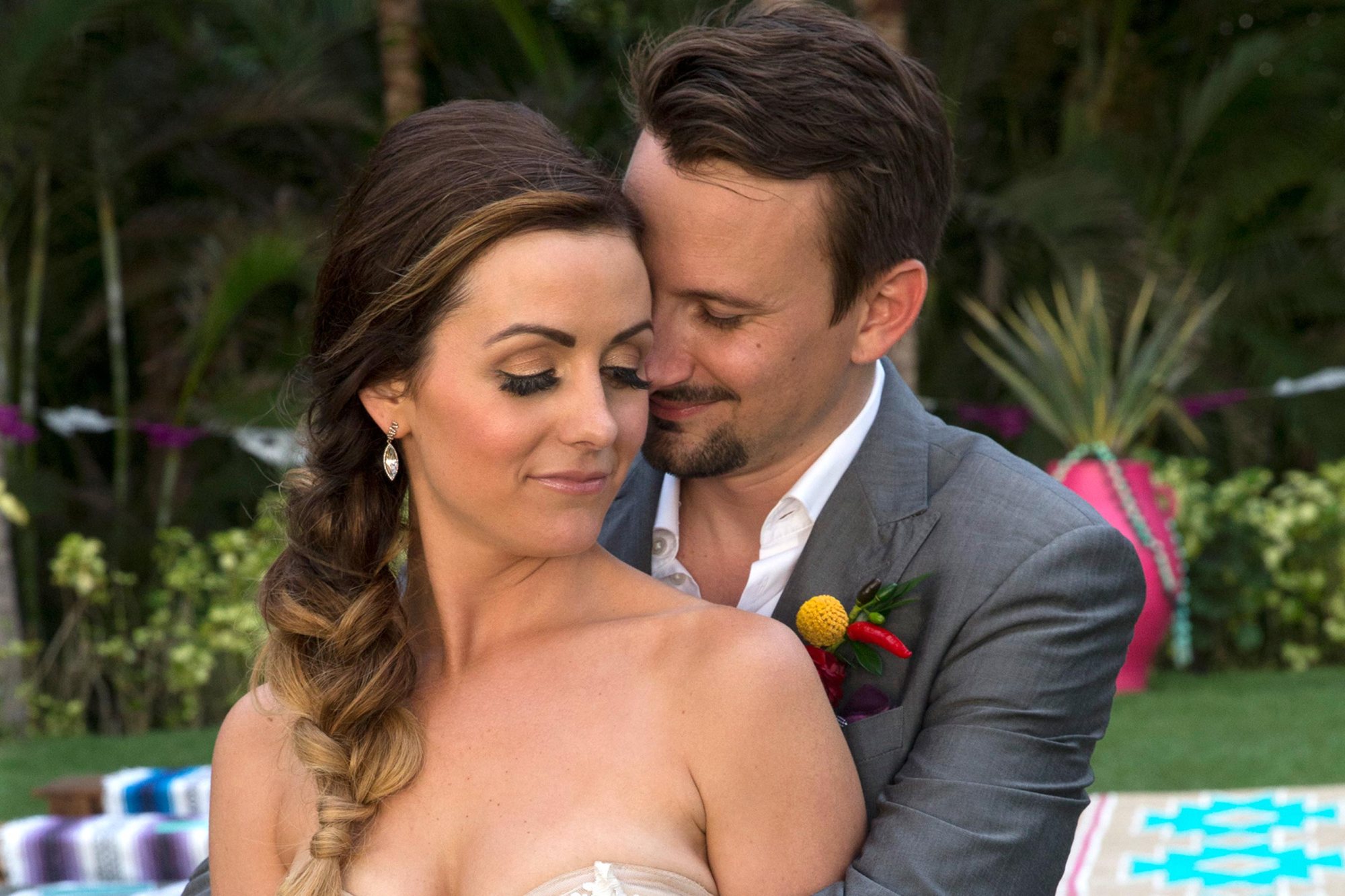 Last night’s episode was mostly about Carly and Evan’s wedding and discussing the whole DeMario/Corinne scandal. We got very little paradise so this will be short & sweet. We start the episode with Chris Harrison taking a look back at the 5 Bachelor couples that managed to get married. This montage is just showing how the process barely works. I mean only 5 couples to tie the knot so far out off all the Bachelor/Bachelorette/Paradise seasons…not a very good track record guys. There are still a few couples together that aren’t married but out of all of the unmarried couples I think Shawn and Kaitlyn are the only ones who will last. After that we get a glimpse into how Carly & Evan prepared for their wedding day and then watch the ceremony. I so love this couple! I think they are adorable together and the fact that it wasn’t oh my goodness love at first sight makes me love them even more. The ceremony was sweet and Carly looked stunning. 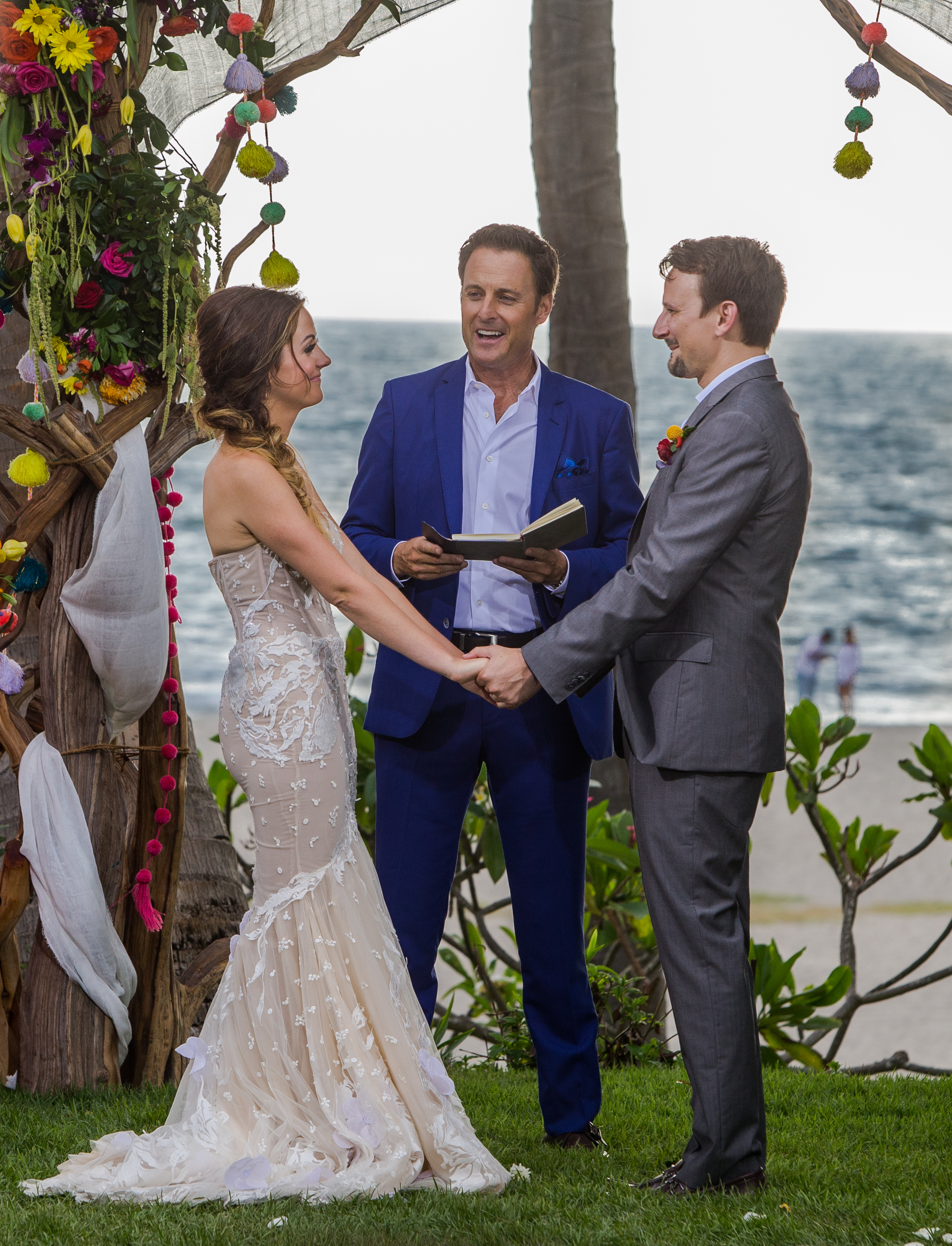 Next up…discussing the DeMario/Corinne situation. Chris Harrison gathers the cast together to get their thoughts on the situation. They all agreed that the media blew everything out of proportion and that what happened really wasn’t what it was made out to be. I really, really wish they would show us the footage and let us decide but that isn’t ever going to happen. They seemed to be most upset with how DeMario was portrayed and I 100% agree with them. They talked about whether or not race played a factor and after some hesitation everyone said they thought that it did. Chris also mentioned the statement Corinne released about her being a “victim” and Danielle says that maybe she just wanted to save face and others agree but also said it seemed like a lawyer made statement. Lastly they have a discussion about what is and isn’t consent. I find it ridiculous that a bunch of adults even need to have this conversation. Chris goes around and asks everyone if they want to stay and everyone is a yes. We also find out that during the two week hiatus Dean went with Kristina to Kentucky for 10 days, Amanda has moved on from Alex, & Derek and Taylor are an item. Everyone else’s fates are still up in the air. 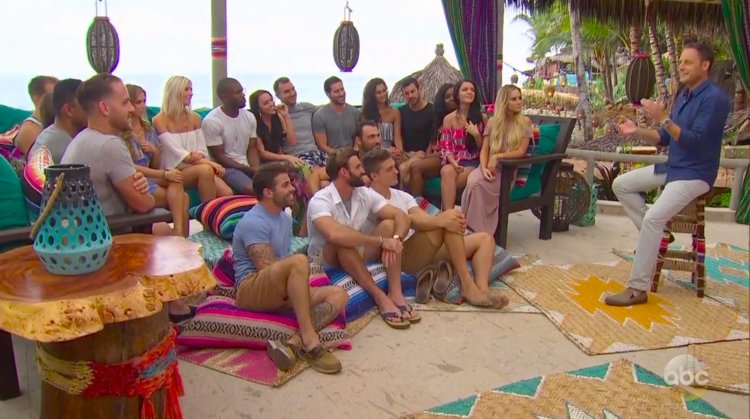 Quick synopsis of the rest of the uneventful episode:

You can watch ‘Bachelor in Paradise’ Mondays at 8 pm on ABC.

‘Bachelor in Paradise’ Episode 1 Recap: Let’s Get it On!