Home Television ‘The Bachelorette’ Finale Recap: And the final rose goes to….

‘The Bachelorette’ Finale Recap: And the final rose goes to…. 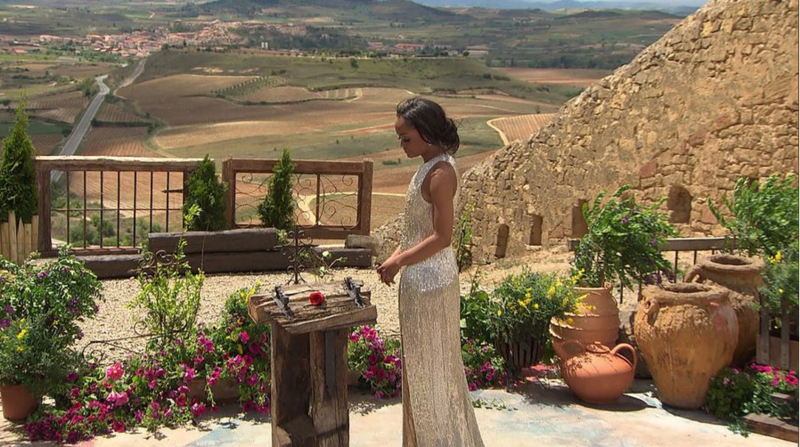 …Bryan. While I knew that was going to happen, thanks to the spoiler by an ex-contestant, I was hoping that by some chance it would be wrong. I will try not to make this post a rant about how this season was a disappointment and that I think Rachel wanted a ring more than the right guy. I did enough complaining on Twitter last night. Ok maybe just a paragraph at the end.

This finale is different than all the others because they mixed the “After the Final Rose” portion of it throughout the finale. They had Rachel in studio to watch the finale and as she sends men home they come out and have their final talk with her. They probably did this because they knew after Bachelor nation saw who she picked they would have no desire to watch the “After the Final Rose” episode, except maybe to get one last glimpse at Peter.

Here is the recap in a nutshell…I don’t even want to spend the time writing a long, gif filled post today. Rachel takes both Peter and Bryan to the fantasy suite. She sends Eric home and he, like always, is nothing but a gentleman about it shown by his response to going home: “I just want to say thank you for being open, for allowing me to be open… Thank you for allowing me to get what I need, and God willing, I promise you, I know you’re going to get what you want, and truth be told, I will always love you.” Bravo Eric, bravo! When he comes out to see her during the live show he again is nothing but the sweet guy we have come to know. From there we have Bryan’s final date with her which is the same as every other date they have had. Him pitching himself to her. Blah blah blah.

Now to the emotional break up with Peter. They have a nice time during their date and then night falls and it is time to have the “would you propose” conversation #78. I understand the argument of “you signed up for the Bachelorette so how can you not be ready to propose,” that is the point of this show BUT in reality Peter is the normal one. He says he is in love with her, that he sees a future with her, but that he isn’t ready to propose tomorrow. She is confused as to how he can talk about all these future decisions with her but isn’t ready to propose. Sensing this may be the end he says he is willing to propose if it means not losing her but she feels he will grow to resent her and he can’t promise he won’t. With this they have their brutal break up and all I can think is Bryan wins by default.

When Peter comes out to see Rachel in the live show there is definitely some tension and miss Rachel is a little defensive. Peter admits it was hard to get out of his own head, that he still has feelings for Rachel and actually reached out to her after their break up only to get ignored. He also said he was sorry for his “if you want a mediocre life” comment which is the point where Rachel says, with a little more attitude than I like, that she is living a GREAT life. Overcompensating much? Throughout their talk Rachel says, multiple times, that she doesn’t think that this show is the best scenario for Peter because of the timeline. Hmmm trying to dissuade him from being the Bachelor because you don’t want to see the guy you ACTUALLY wanted to find someone else? This whole meeting annoyed me and I am all for Peter being the next Bachelor!

Now for the moment none of us have been waiting for. Rachel wakes up still reeling from her break up with Peter and is wondering if she is rushing into things with Bryan and if the turn around time from her break up with Peter is leaving her in the right headspace to accept a proposal (short answer YES!) Well apparently she is able to ignore that intuition by the time Bryan makes it up the hill to her. He says some stuff, she says some stuff, and then we have the most unemotional, blah proposal ever with her exclaiming gimmie, gimmie when he pulls out the ring. Ugh. This may be the first time in the history of the show where I didn’t get emotional during a proposal. Usually I am crying happy tears, this time I just wanted to throw my shoe at the television.

During the live show Rachel & Bryan have about 4 minutes to talk about their future. I can only assume it is so short because no one really wanted this to be the outcome. He re-proposes to her (groan) and the most telling thing to me is that when Chris Harrison asks if they have talked where they will live Bryan says “either Dallas or Miami or Los Angeles.” Hmmmm LA really? I am pretty sure that is where Bachelor people go to try and milk their 15 minutes of fame.

Here are my overall thoughts:

‘Bachelor in Paradise’ starts next week so until then goodbye rose lovers!!

Review: Love’s Executioner and Other Tales of Psychotherapy by Irvin D. Yalom

Warning: Illegal string offset 'count' in /srv/users/jball26/apps/tanatime/public/wp-content/plugins/instagram-slider-widget/includes/class-wis_instagram_slider.php on line 832
No images found!
Try some other hashtag or username