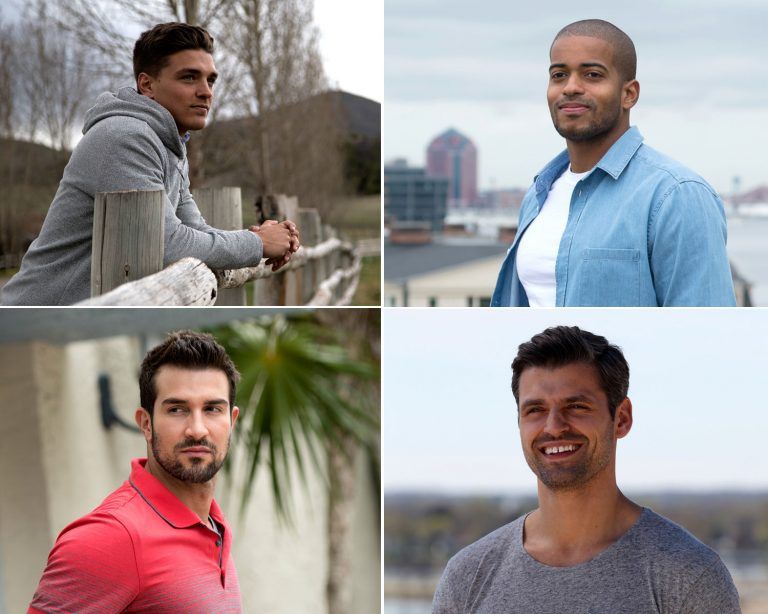 Hometown week!!! Two of the families are great, one is awful, the last one is a bit shall we say eccentric. Let’s dive right in! 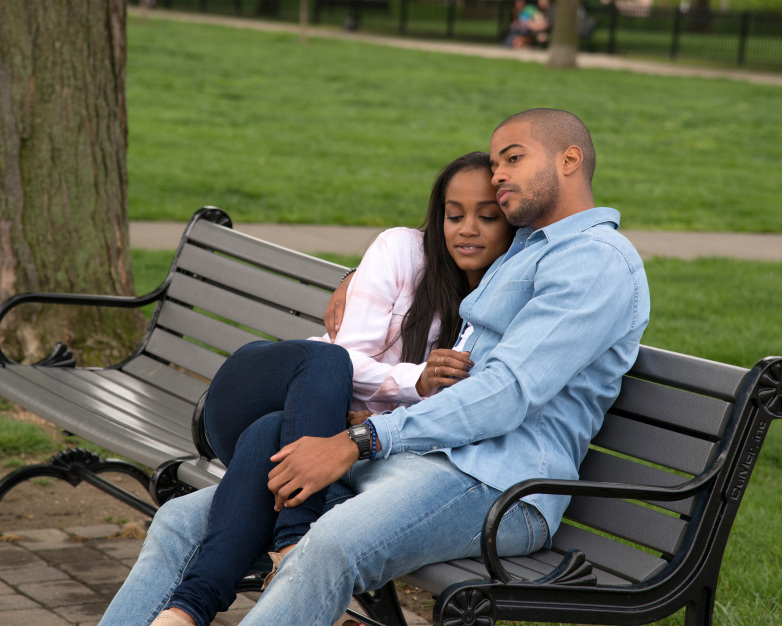 The day starts with some one-on-one basketball and even in heels Rachel can ball! While they are shooting hoops his cousin comes to say hello, meet Rachel, and praise Eric about all he has done in his life to not repeat the cycle of the other men in his family. Is it just me or does Eric say “man” a lot, holy bananas! From there they head to his aunt’s house

where Rachel meets about 9 family members. This was probably one of the best hometown date greetings ever. They are all so excited to see them both and I love this family instantly. Rachel sits down with Aunt Verna first and she talks about how happy she is to see her nephew happy. They touch on the pressure of being the first black bachelorette. Rachel asks if she thinks Eric is in the same place as far as wanting to get married and of course his aunt says yes. While that is happening Eric sits down with his mom and tells her it feels right with Rachel. I have to say he has really grown on me. He confronts her a bit about how growing up he didn’t feel the love from her but her reasoning was that she didn’t want him to rely so much on her that he didn’t explore the world on his own. Rachel has a good talk with him mom and Eric sits down with his father, who gets emotional and apologizes for the stuff Eric had to experience through the choices he made. At dinner Eric gives a nice toast about how he has been running from love and he is done running and

he thanks everyone in his family for the part they have played in his life, the good and the bad. When it is time to say goodbye Eric tells Rachel he is falling in love with her and what that means to him is that he cares about her a lot. He cares about her well being, what she does in her life, and about who she is. She gets stuck on the fact that to him “I love you” means he cares about her. She still isn’t 100% convinced Eric truly knows what being in love is like. All in all it was a good hometown visit. 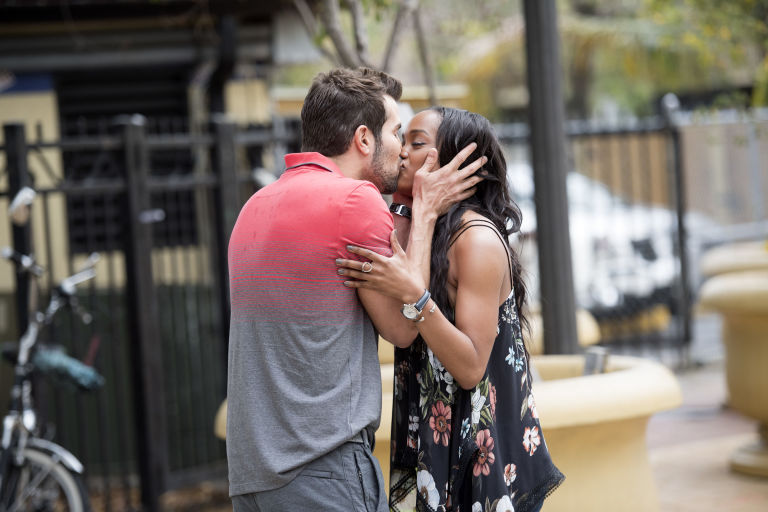 My first thought when they meet up is “ugh he is so slimy.” I just do not like him. The date consists of everything Latin that you can do in Miami. Dominoes in the park (my grandma would be in heaven), walking around Calle Ocho, eating an arepa (man do those look yummy), and listening to some Spanish music while doing a little merengue. He tells her how she is going

to meet his parents and they are the exact opposite of each other. His dad is nice and charming while his mom is a “fireball” which I feel is a nice way to say controlling and standoffish. As soon as they walk through the door his mom makes a beeline for Bryan to hug him and doesn’t even attempt to greet Rachel with a hug. With that alone I can tell she is going to beyond difficult. His mom then starts to give a toast, gets teary eyed and downs her drink in one gulp. I would already be out. Now I know why Bryan is 37 and still single. It isn’t because he is a player like I initially thought, it is because of his mother. During Bryan’s time with his mom she says how he has been with so many women and now he thinks Rachel is the one this quickly. She isn’t buying it and ends it by telling him “blood is blood.” Yeah good luck Rach. When Rachel sits down with his

mom she first asks what qualities in Bryan Rachel is drawn too. She says how he is open, honest, direct, confident, and how good his heart is. She ends it with reminding Rachel that she is marrying the family too and that if he is happy she is happy but if he isn’t happy she will kill Rachel. Cue awkward laughing. Again good luck Rach. His mom scares me. The date ends with Bryan telling Rachel he is in love with her. In my notes I wrote “yeah whatever next” so that should give an indication how I feel about Bryan. 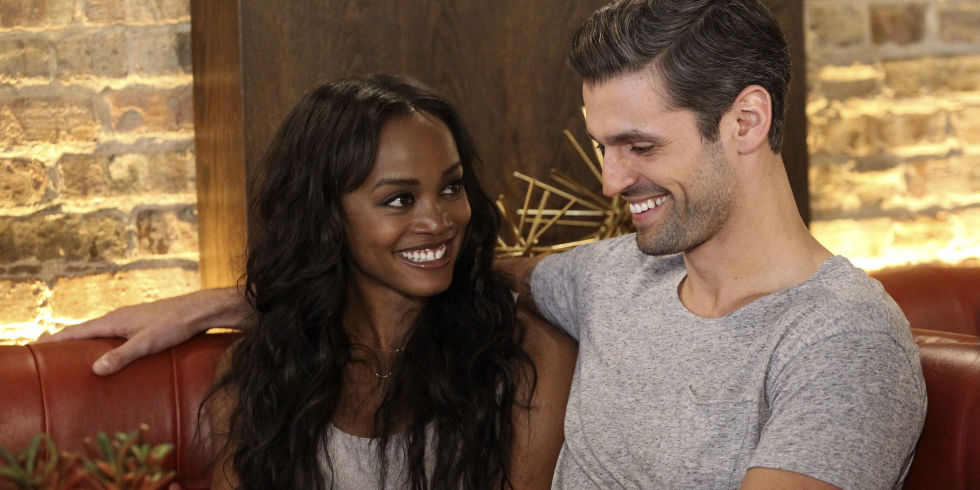 The date starts by walking around a local farmer’s market then going to one of his favorite restaurants so she can meet a couple of his friends. For Peter his friends are like family and to get their approval means a lot. I am going to try and say this as PC as possible. Was it intentional that the two couples they came to meet Rachel were interracial couples? Was 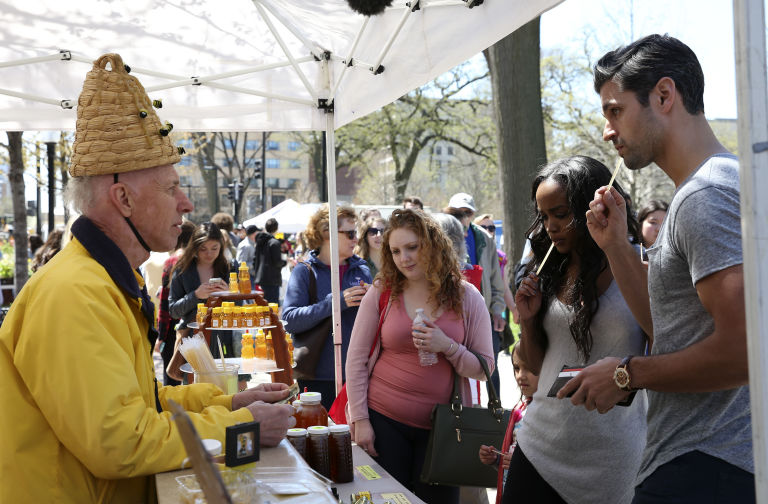 that to make Rachel feel comfortable? Peter also emphasized that out of his 10 closest friends 8 are black. Rachel has asked quite a few times if his family would be accepting of her so I guess that was his way of showing her they would. Peter takes his two friends to the side to express that he is a bit worried that he won’t be ready to propose at the end of this and they tell him not to focus too much on what may or may not happen and to just enjoy the journey. They like her and think she will fit in perfectly. Next they head to Peter’s parents where Rachel melts when she sees how much Peter’s neice loves him and how he interacts with her. I do have to say it was pretty darn sweet. Rachel first meets with his sister who says for him to bring someone home it is a big deal and while she thinks he is ready for marriage and kids

something has always held him back. When Rachel meets with his mom she asks where Rachel sees herself in 4 years (4 not 5?) and she says married with more than one kid. His mom pretty much echoes what his sister said about how she thinks he wants all that but isn’t sure if he is at that point yet. I think this is a producer ploy to try and throw us off thinking she won’t pick Peter because he isn’t ready for marriage. I’m not falling for it Bachelorette producers! The date ends with Peter saying he is very happy with the way things are going and I am sure she is upset she didn’t hear any mention of love. 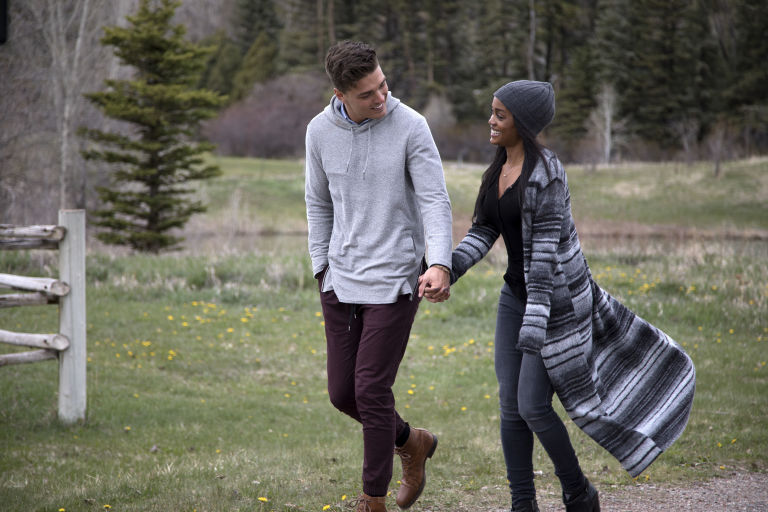 Now for the hometown we have all been waiting for! Dean eases her into what is probably going to be an interesting day by taking her ATV riding. She calls him her “beautiful surprise” and I thought that was a really nice way to describe someone. After the ATVs they sit for a picnic where Dean opens up a bit more and tells her what she is in for today. He says he 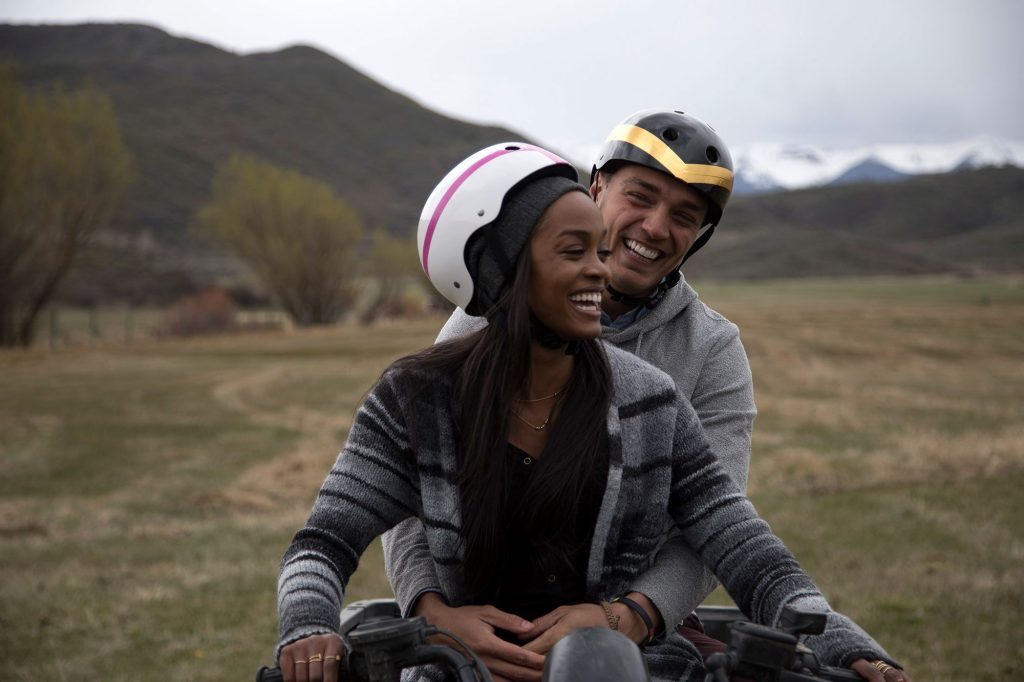 hasn’t seen his dad in two years and how it has been 8 years since all his family has been under the same roof. He also tells her how 6 years ago Dean’s father converted to Kundalini Yogi Sikh and now goes by a name, Paramroop Singh Khalsa, which means “divinely beautiful.” Rachel will also meet his new wife, Santartar whom Dean has only met twice. Oh this is going to be good! When Rachel asks him why he hasn’t talked to his dad he says he doesn’t believe that it is his responsibility to keep in touch with him. He wasn’t there for Dean’s formidable years so why bother having him in his life now. Rachel encourages Dean to confront that issue. Walking up to the house Dean is so visible terrified. I really feel for him. When they walk in the house everyone is sitting in a semi circle on the floor and Dean is already mortified. His dad asks that they all lay down with their heads towards his gong that he proceeds to play. Good for Rachel

for embracing this. She said the energy actually feels good. His dad has a present to give them, which are two feathers. The feathers are symbolic for him because it reminds him of Dean’s mom. At this he gets choked up and it becomes a sweet moment. Then things go sour when Dean & his dad have their one-on-one time. It starts off pretty positive with his dad saying that it seems like Dean is progressing and his energy is great but it starts to go downhill when Dean confronts his dad about not being there emotionally. His dad claims he did the best he could and he did provide for them financially. While Dean agrees with that he is still hurt that when his mom passed away his father didn’t step up to the plate in the ways Dean needed him too. It then turns sour with his dad getting up and leaving the room. During this time Rachel talks to Dean’s sister who gets choked up talking about how Dean has been through a lot and has been so strong and that she really admires that about him. The sister, Rachel, and myself are all get teary eyed. After his dad leaves the room to go outside Rachel asked if she can talk to him and his response is “if you must” and “I’m really kind of done”…..yikes! She still tries though but he ends up walking away from her too. It was quite rude. I now understand Dean’s frustrations. The date ends with Dean telling Rachel that he is falling in love with her and SHE SAYS SHE IS FALLING IN LOVE WITH HIM TOO. That is the only guy she has said that to thus far!

I called it last week but I am still sad to see Dean go especially after all he put himself through to take her home AND having her say she was falling in love with him too. That has to be pretty confusing for him and while I don’t think his family was a factor in her decision I am sure he can’t help but think that they were. I would like to see Dean as the next bachelor but I think he may be considered to young for it. We shall see.

Review: I Liked My Life by Abby Fabiaschi