Home Television ‘The Bachelorette’ Episode 7 Recap: And Then There Were Four

‘The Bachelorette’ Episode 7 Recap: And Then There Were Four 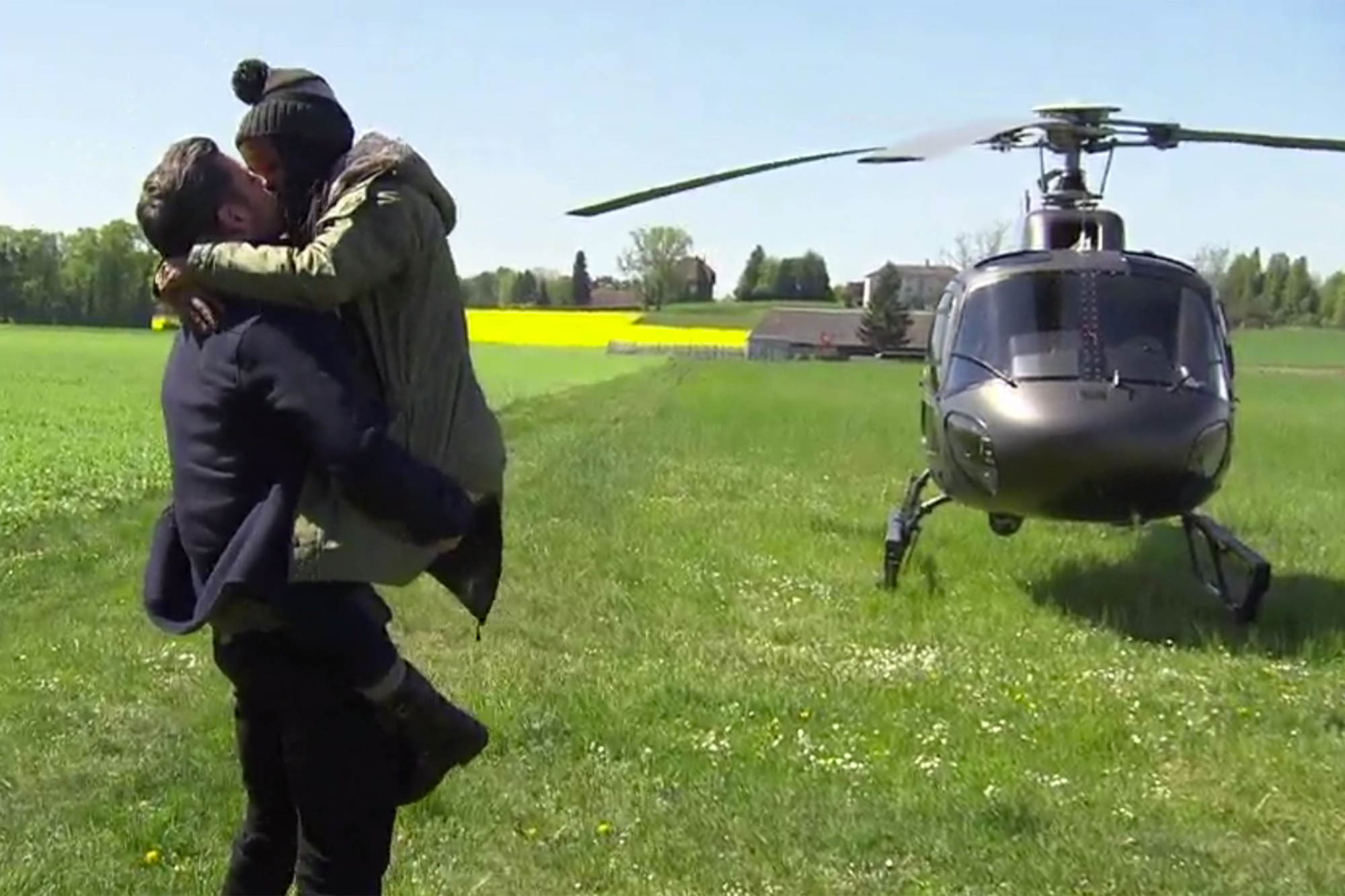 Welcome back after having a week off! This recap will be fairly short because this episode was a bit of a snoozefest. Not much exciting happened but Peter did cement his win in my mind.

This week we are getting 3 one-on-one dates and a three-on-one date. 4 roses are up for grabs and the 4 men who get the roses will be taking Rachel home to meet their families.

This week the setting is Geneva, Switzerland and oh my goodness it is beautiful! I need to win the lottery so I can travel the world!!!

One-on-One with Bryan: The Lap of Luxury 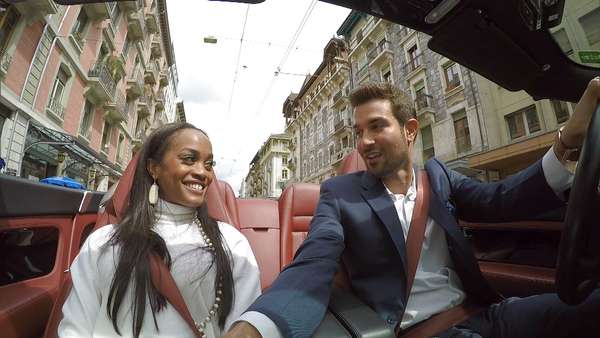 This date is all about Rachel (or ABC) spoiling Bryan. They start out with a ride in a Bentley and end up at a Breitling watch store where they buy matching watches. Bryan is so happy because it is a forever gift and it must mean Rachel loves him, then he decides to eat her face in the store, ew. From there they go on a romantic boat ride and then off to dinner. Rachel

keeps talking about how she loves his confidence and how he is able to express his feelings so easily. That is because he is a smooth talking player but that is just my opinion. At dinner they talk about Bryan’s last relationship and how it was very similar to theirs. It started out full of passion quickly but after taking her to a wedding she broke up with him because of his mother so he is afraid that same thing could happen with Rachel. Does anyone else want to know what his mother did? I mean you meet the mom one time and that is all it takes to realize you need to break up with the guy? Hmmmm something doesn’t add up. Either way he gets the rose, blah.

One-on-One with Dean: Take Me to Church 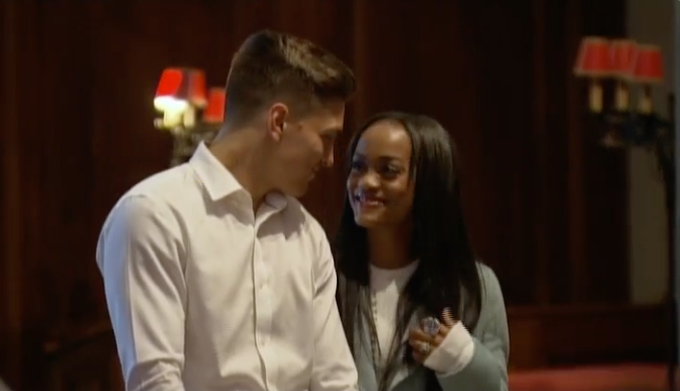 Dean’s date starts with going to Catholic mass that is being done in French. Rachel says her faith is very important to her and this is a good date for Dean because you can tell how much turmoil is going on in his brain. He is really struggling with the idea of Rachel coming to meet his family that he spends the entire day time portion of the date being awkward. Rachel

says she always has fun with Dean but she really needs him to open up on this date. When she tries to get him to open up he does that by asking her if she believes in the tooth fairy and what her favorite dinosaur is. This isn’t helping your case that you are in young one in the group. At dinner Dean FINALLY opens up about why he has been so distant during the date. He is afraid of what she is going to think when she meets his family. He talks about how after his mother died his father wasn’t able to step up and provide the emotional support that was needed and Dean felt very abandoned by his family. He also mentions that his father is a bit eccentric and I feel that based on next week’s preview that is a bit of an understatement. She reassures Dean that he is there for a reason and he gets the date rose. 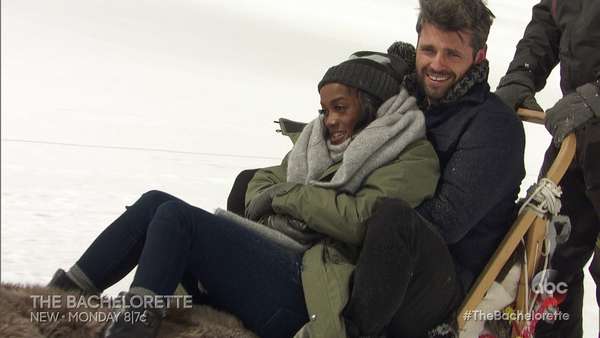 Peter’s date starts out with a helicopter ride over the Swiss Alps. He had the first one-on-one and the last so hopefully that is a sign. The helicopter lands on Glacier 3000 and they are going dog sledding. Just watching the way these two interact if he isn’t the last man standing I will be shocked BUT if that happens I can tell you right now Peter will be a contender to be

the next Bachelor. After the dog sledding they sit in the snow to chat and he talks about how there were times during this process that he considered going home but of course she is worth staying for. At dinner Peter opens up about his last relationship and how he carried a lot of guilt over the way things ended. He talked about driving away from her while tears streamed down her face and it really stuck with him for a while. He says how he feels like he may finally be ready to give love another shot but because he is hesitant and isn’t as overly wordy like Bryan it worries her a bit. I say this every season the people who are all in after this short amount of time worry me. I would much rather someone say I really like you but I need more time to see if that develops into more. That is normal! Peter of course gets the rose because duh.

Three-on-One with Eric, Adam, & Matt: What is the Point? 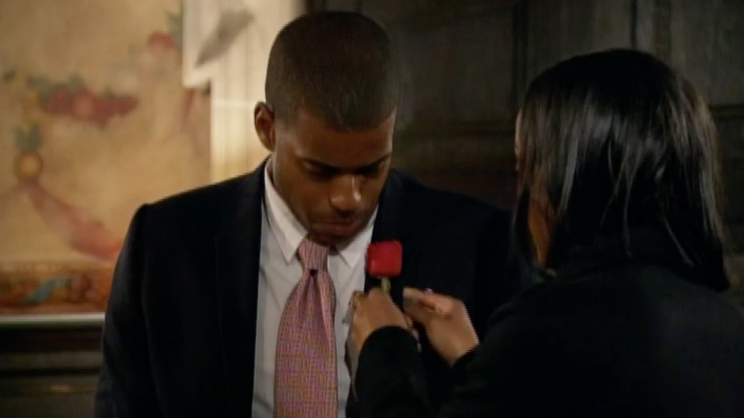 To me it is clear that Eric will be getting the rose. Neither Matt or Adam has had a one-on-one so it should be pretty obvious to them as well. Regardless Adam is pretty confident so I guess good for him? They start the date by taking a boat over to France where Eric gets the first alone time with Rachel. I haven’t been a fan of his but I really did like what he said to

her about how he knows this must be difficult for her and no matter what happens she ultimately deserves to be happy. It is refreshing to hear this from him because I am used to him whining about everything. Next up is Matt who echoes the same sentiment as Eric but it doesn’t go as well for him. Rachel starts to get emotional and talks about how out of all the men she finds that he reminds her the most of herself and that if it were in another time they may have had a future but she has a stronger connection to other guys. With that we say goodbye to Matt. This goodbye seems to be the hardest for her thus far, even harder than the one coming up. During Adam’s time with her he seems to be saying the right things and really opening up so I think for a minute he could get the rose but alas it goes to Eric. I am really bummed but only because I am really going to miss AJ, ha!

Well that’s it for this week folks. Who do you think will make it to the final 3? I am going to go with Peter, Bryan, & Eric. I don’t know about you but I can’t wait to watch Dean’s hometown date. Until then goodbye rose lovers 🙂 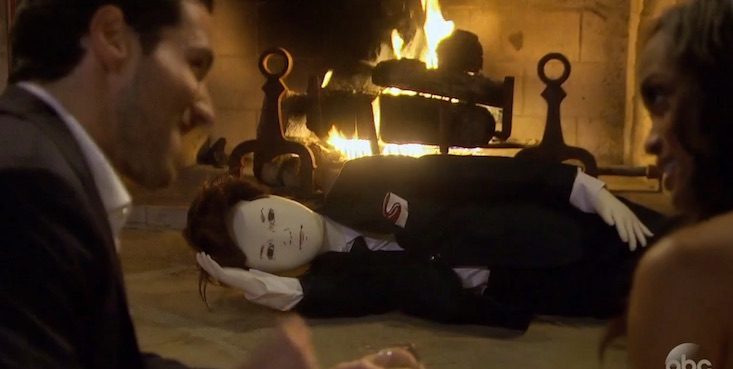