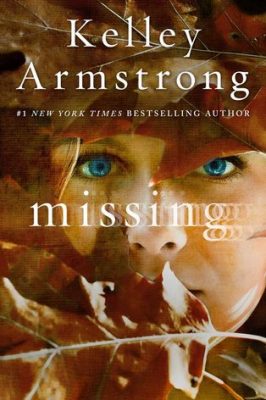 Synopsis:
The only thing Winter Crane likes about Reeve’s End is that soon she’ll leave it. Like her best friend did. Like her sister did. Like most of the teens born in town have done. There’s nothing for them there but abandoned mines and empty futures. They’re better off taking a chance elsewhere.

The only thing Winter will miss is the woods. Her only refuge. At least it was. Until the day she found Lennon left for dead, bleeding in a tree.

But now Lennon is gone too. And he has Winter questioning what she once thought was true. What if nobody left at all? What if they’re all missing?

Review:
After the last book I read I needed an easy, quick, engaging book and while this wasn’t a great thriller it did the job I needed it to do. The book started off with great promise, a psychopath taking kids from a small town and making everyone think they left for bigger and better things, has to be great right? In the beginning of the book I was intrigued and hooked in but as the book went on I started to lose interest in the story a bit and then the end was very anticlimactic to me. There were just parts of this book I wasn’t sure why they were included (more about that in the spoiler section) but I really did love the character of Winter. I thought she was a smart girl who wanted better for herself and was going to do anything in her power to achieve it. She was a great example for girls who may read this book.

The part of the book I found really unnecessary was the section about one of the missing kids and the neighbor who hit him with his car, killing him, and then burying him on his property. I understand she thought that kid went missing by the same person who took Edie & Lennon but he didn’t so why even include that whole part of the book?! I also thought that the fact that Cady didn’t keep in touch with her sister but then came to her rescue a little unrealistic. It would have been more interesting if Cady has been kidnapped from the start. However, the thing I liked the least, was that the psychopath ended up being someone we didn’t even know existed until the final few pages. Like I said it felt very anticlimactic and not a successful twist.