Home Television ‘The Bachelorette’ Episode 2 Recap: Get the F Out

‘The Bachelorette’ Episode 2 Recap: Get the F Out 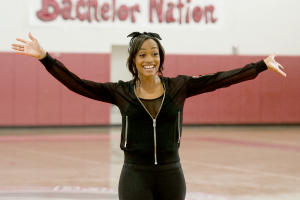 Hello fellow rose lovers! This week we learn that you do NOT mess with Rachel but more on that later. Usually by this time I have my final pick (and the last two bachelorettes I have guessed correctly) but I still don’t have my choice for Rachel. I have a couple in mind but I haven’t seen an instant connection with her and anyone. Let’s get started shall we?….

First things first I LOVE that Rachel brought her dog along with her for the season. Anyone who loves their dog that much is a great person in my book!

Date starts with Rachel taking charge of the BBQ grill, then some tossing of the football, cornhole, etc. Then it is time for the “Husband Material” competition hosted by….Ashton Kutcher & Mila Kunis!!! Apparently they are super fans and watch every Monday. Bachelor producers are getting some big names. I’m impressed! The obstacle course consists of changing a 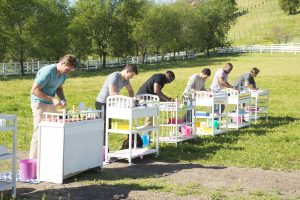 dirty diaper, putting on a BabyBjorn, vacuuming to a sink, unclogging a drain filled with long hair, unclogging a drain that has a ring stuck in it, setting up a table to match the example, then grabbing flowers and racing to the finish line. At each station the last person to finish is eliminated and sent to the “dog house.” The final two battling it out are Kenny & Lucas and much to my dismay Lucas wins with a unsportsmanlike strong arm to Kenny’s face. I really can not stand this guy. Rachel doesn’t look too thrilled that he won & Ashton looks at him like he is insane when he shows them the “Whaboom.” Seems accurate. Side note I just love Ashton & Mila. They are so cute as a couple! 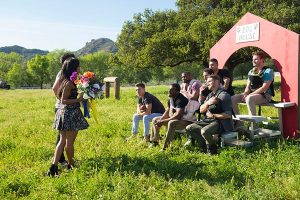 From there we open on their night portion of the date at RC Vintage where we get a Blake vs Lucas show down. Apparently Blake used to live with Lucas’ ex-girlfriend and he claims Lucas is only there to be on TV and promote his “Whaboom” (seriously how is that a promotable thing) and Lucas says Blake is crazy, according to the same ex Blake is/was living with. Some of the things I got from Rachel’s one on one time with the guys: Why is she harping so much on the fact that Fred was a problem child back in the day, he was a CHILD, not sure why she can’t get over it; the way Jack Stone was looking at her was creeping me out; Jonathan uses his time to explain how to wipe a baby..umm ok; Iggy asks her about her career path; Blake uses his time to diss Lucas (when will people learn this is a bad idea?!.) At this point she isn’t too impressed with the lack of romance these guys are displaying. In walks Dean who seems to make her feel much more confident in this date. She reassures him, again, that she loved the “once you go black” joke and hopefully at this point we can stop talking about that. Kenny also has great one on one time with her and talks about his daughter and how he wants someone to complete their circle. He is still one of my final picks. 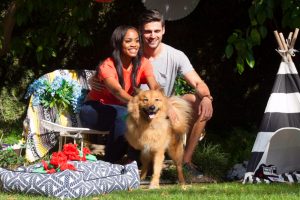 The date starts with a private jet to Palm Springs with Rachel’s best friend, her dog Copper. He is adorable and so sweet the way he hobbles along with his leg cast. When they arrive at Palm Springs they head for “Bark Fest” which is pretty much a  pool party for dogs. My kind of date! They have a good conversation about how both are open to moving for the right 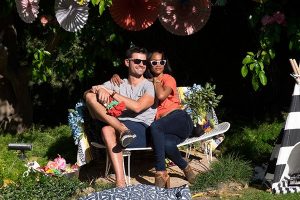 reasons and seem comfortable with each other. During the night portion of the date the conversation goes even better. Rachel asks how his family felt about him coming on the show and he says they are very supportive. They also talked about their matching teeth gaps and how neither of them decided to fix them because it adds character. They also realize that they both went to therapy after a few relationships that didn’t work out because they wanted to see what they were doing wrong. I love when people are open about the fact that they have gone to therapy. I think it makes for a stronger connection. Rachel says she feels very drawn to his energy and you can tell that they have a genuine connection. He is staying on my finals list for sure. Obviously he gets the rose. 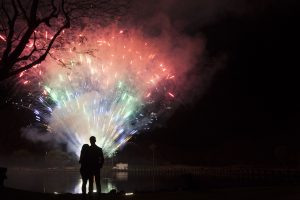 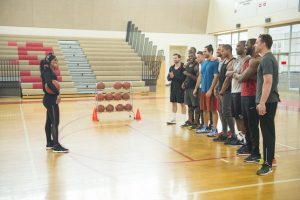 This date consists of a day of basketball with none other than Kareem Abdul Jabbar. First up some drills and of course DeMario is a little, ok a lot, show offy. Oh DeMario poor thing you have no idea what is coming. After some warm up drills it is time for a little game in front of a packed gym. White team wins blah blah blah…let’s get to the juicy stuff. After the game 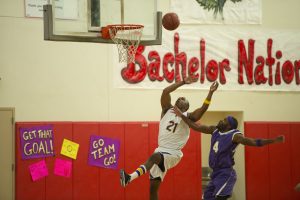 the guys are hanging out in the locker room when a girl named Lexi comes up to Rachel to tell her that a certain guy is a sleazeball and was dating her right up until he went out for the show. That person is none other than DeMario. She claims that up until 3 days before he went on ‘After the Final Rose’ he was dating her and then just ghosted her. He even still has the keys to her apartment. Rachel decides to go get DeMario to get his side of the story and bless his heart he thinks he is getting extra one on one time. His face when he sees Lexi is priceless. I want to know what was going on in his head at that moment! He obviously talks in circles and makes absolutely no sense. He says they were still in communication because she wasn’t getting the hint. Yeah ok guy. Rachel tells him to get the “f” out. You don’t mess with Rachel.

Rachel then goes to tell the guys and we cut to the date night portion of the date. Each guy uses their time to reassure her that she did the right thing and that they are all there for the right reasons. My favorite time is with Eric, because he talks love languages & I am obsessed with love languages (Rachel’s are Quality Time & Physical Touch) but that kiss they have is just awkward, almost too awkward to watch!

Cocktail hour begins and just as expected DeMario shows up wanting to talk to Rachel. She is curious what he has to say so she says she will go talk to him. The guys, however, have a different plan in mind and all join up to confront DeMario…..and then fade to black and “To Be Continued.” Typical!

My picks so far are still Kenny & Peter.