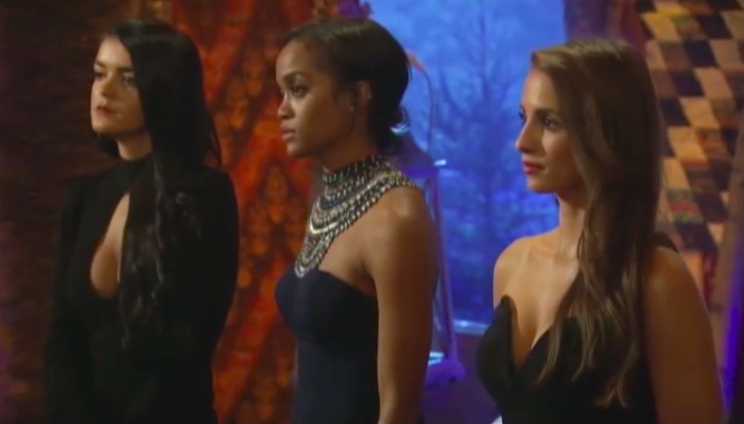 This week’s Bachelor Monday night extravaganza was a whopping THREE hours. I always find that the “Women Tell All” episodes are my least favorite of the season so I am just going to put some brief highlights at the end. Let’s get started and answer the question on everyone’s mind “did Raven finally get satisfied?” Lucky for us we don’t have to wonder because like everything else Raven is a little too eager to share information with us. Case in point:

Looks like Nick got the job done, we do know he has had plenty of practice in fantasy suites. The best, and most ridiculous, piece of television this entire season is the montage of Raven after leaving the fantasy suite. High fiving strangers, petting dogs, making snow angels, and skipping around town. It was so cringe worthy and amazing at the same time.

Next overnight date goes to Rachel. They start off with some cross country skiing which Rachel is surprisingly uncoordinated at. Then feeding some reindeer & hot cocoa in front

of a fire. After these dates Finland is definitely on my bucket list! Rachel talks about how she is holding off from telling Nick she loves him because she is scared that it won’t be reciprocated. During the night portion of the date Rachel asks Nick if he knows where he stans with her, he says not 100% no, so she finally tells him that she is falling in love with him. It is cute how embarrassed she got after she said it. Then it is off to the fantasy suite where “we are going to go so much deeper than we have before.” I will let you interpret that however you want. The next morning seems much more like a

established couple than his morning with Raven did. Too bad I am almost 100% tonight is the night Rachel goes home.

Next up is Vanessa’s overnight. The date starts with them embracing the Finnish culture which apparently is going back and forth between ice water and a hot sauna. It looks like absolute torture but Vanessa seems to love it. While they are in the sauna the conversation turns to how traditional Vanessa’s family is and how there are “a lot of personalities in your

family” which is a nice way of saying your family is way too involved. Vanessa talks about how there are things she won’t compromise on and one of those things is her 3 hour Sunday lunches with her family. Not sure how that would work unless Nick moved to Canada which they get into later in the date when Nick says he doesn’t see himself moving to Canada. Uh oh. Nick & Vanessa both seem to be stubborn and hard headed which Nick thinks can either make their relationship full of conflict or full of passion. The thing I like

about their relationship out of the three is that they seem to have the “real life” conversations but it always seems like they won’t be on the same page. As much as I want Vanessa to win I don’t see them lasting if she does unless they can both learn to compromise on some of their “non-negotiables.” Of the three dates their next morning seems the sweetest and most loving so who knows.

Rose Ceremony time!!! This seems to be the hardest one for Nick thus far. He decides to send Rachel home and even though I knew she was probably going home I found myself getting emotional during their goodbye.

So who do we think is going to “win” next week? I am sticking with Vanessa. Tune in next week for another THREE hour episode.

Keep reading for my highlights from the “Women Tell All” episode: 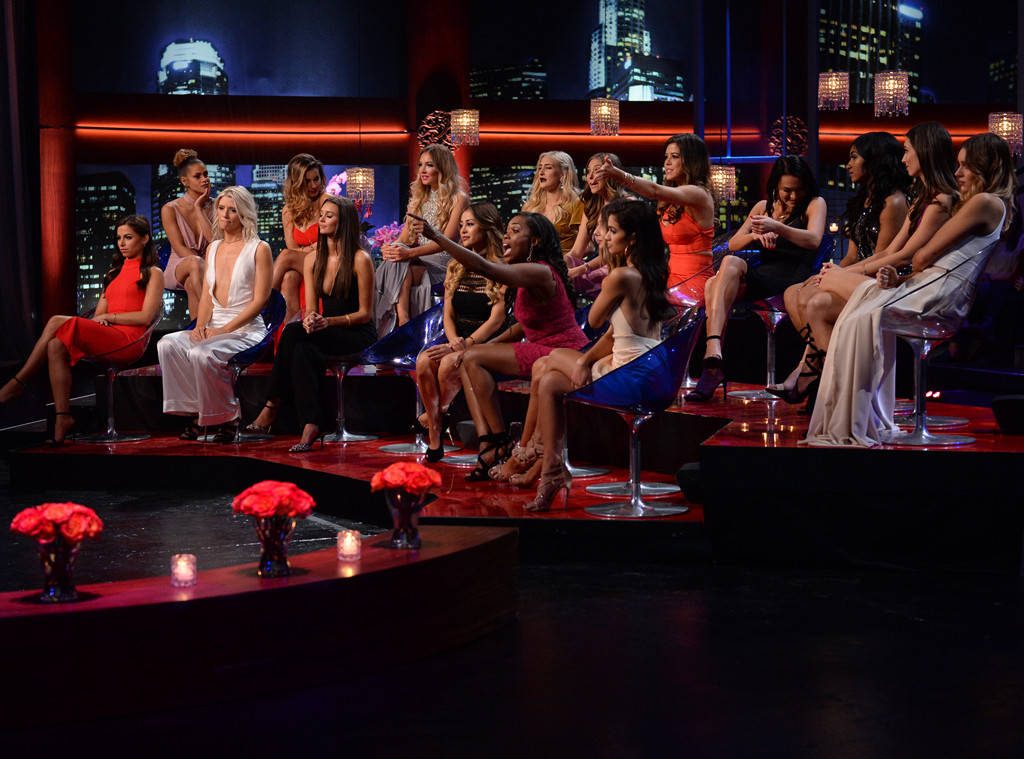 If you want to read about some behind the scene moments of the “Women Tell All” you can click here.

Take Me Out to the Ballgame!

You need to invest time to realize all of the rules of the
game you wish to take part in, be it poker, roulette, slots,
etc.