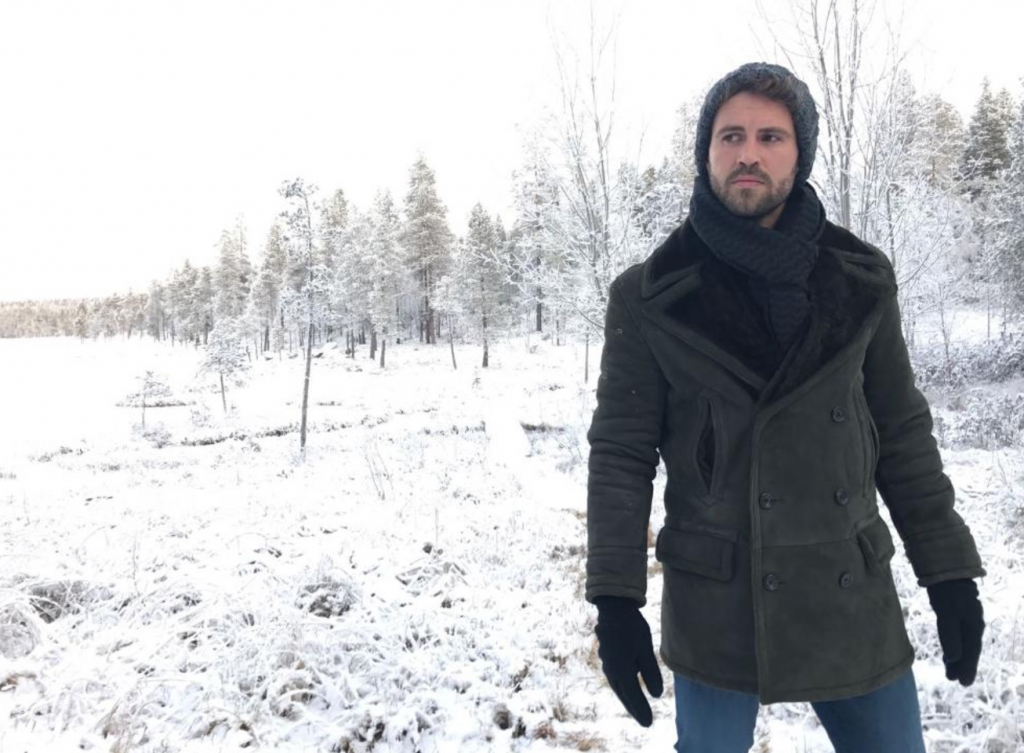 Hello Bachelor fans!! This week we only got an hour of the show so this recap will be short & sweet. We left off with Andi “I want an extra 15 minutes of fame” Dorfman at Nick’s door. The twenty minutes of this

meeting was a complete waste of my time. Meanwhile he left the remaining four ladies to freeze their butts off on the roof. Can we not start moving the rose ceremonies inside or at least give them some heat lamps?? Here is a brief summary of the most pointless segment of television: Nick says he could send all 30 home because he doesn’t feel like he has to propose just because he is the bachelor; Andi asks if he is going to sleep with the remaining three woman and she thinks he should as long as everyone is on board. She then claims that was a feminist rant,

ummm what?; Nick says he may not sleep with any of them because it could help him make a better decision if not masked by their bedroom performances; Nick then apologizes for calling Andi out on air with the whole “why would you make love with me if you weren’t in love with me” comment, she accepts and then peaces out so Nick can get to the rose ceremony where the women may or may not be frozen.

Rose Ceremony Time!!! The last three ladies standing are….Raven, Rachel, & Vanessa….BYE BYE Corinne…Finally! As much as it really isn’t fun to watch the parts of the show with Rachel (because by this point we know she doesn’t make it to the end) I still wanted Corinne to go adios. I thought for sure she would make it to the fantasy suites because well you know but I guess I was wrong. Can we just take a minute to appreciate her amazing fake cry:

At least she is committed to the role, even if she isn’t that great of an actress. In the limo those “tears” dry up and she then goes on a rant about how she is done trying to impress men, she is done kissing up to them, and she is just going to be herself from here on out. Then in typical Corinne fashion she ends with an “I’m done and I want to go to sleep.” See you in Paradise Corinne!

Time to go to our final destination on Nick’s journey to love…Finland, where the first overnight goes to Raven. They start

with a helicopter to check out Finland, which is BEAUTIFUL, and then off to a pub for some darts. Nick loves his relationship with Raven because it is like a “choose your own adventure book” and she is the “perfect combination of salty & sweet.” Nick & Raven really do have a great connection but I just don’t see her getting to that next, deeper level with him. She is very sweet but also seems very young. There are two things Raven keeps focusing on during the entire date: the fact that she has never said “I love you” to a man

and also that she has only had sex with one other man. At the pub, Nick tries to reassure her that there is nothing to be nervous about (oh you just wait until she tells you about her lack of orgasms because she has told us 14 times) and then you’ll be the nervous one. Nothing like having the pressure of giving a 25 year old woman her first O. Next they are off to dinner where Raven vows she is going to tell Nick she loves him. Side note: Nick should never wear a chunky turtleneck again! Raven is so clearly nervous to open up to 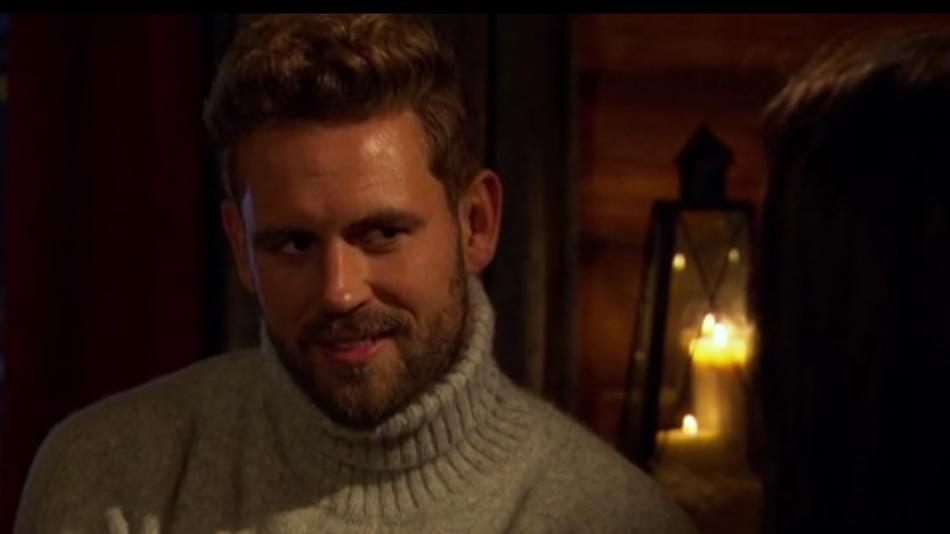 Nick but after some small talk she lets him know that her father used to always say to her that he hopes she would have an “easy love” and how she feels that every step of the way Nick has made it so easy for her to love him and then finally utters those three little words. It was very long winded but also very endearing. From there she pulls out the sex card, sorry I mean fantasy suite card, and decides this is the best time to drop the bomb that she has never had an orgasm…hope you are up for the challenge Nick! With that we leave Raven & Nick to their fantasy suite, which by the way I want to go stay at. The bed surrounded by windows so you can see the Northern Lights. Magical!

That is all for this week folks! Next week we have a three hour (!) episode to get through. How will the overnight dates with Rachel & Vanessa go? From the preview there seems to be some friction between Nick & Vanessa. Is that clever editing or will my prediction be wrong and will Vanessa be sent home? How will the “Women Tell All” episode go? Until then rose lovers.

Oh and can we talk about this ridiculous Rocky themed snow workout montage? Why do I love this cheesy show?!

Review: Is Everyone Hanging Out Without Me? by Mindy Kaling

TThr chunky turtleneck!!! Awful! Lol why do I watch this trash?

I wonder the same thing every single Monday but I can’t stop!

https://buypriligyhop.com/ – do i need a doctor prescription to buy priligy

where to get ventolin cheap buy ventolin – cost of ventolin

[Link deleted]how many sildenafil 20mg can i take

[Link deleted]stromectol what is it

How Does Zithromax Work